The Great Youngblood Records Catch Up of 2013 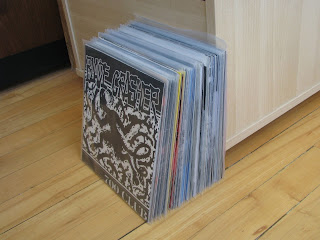 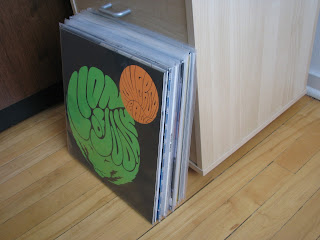 A few weeks ago I got an email from Sean Youngblood inquiring if I was interested in buying a No Tolerance test. Luckily, I made the choice years ago not to get into that game. I politely declined his offer, but in return I asked him if he had some doubles or spares of records from his back catalog.
At first I hit him up for a No Remorse, No Tolerance on blue. It was the first thing that came to mind and one record that I knew I needed. What came after that got a little out of control. I figured since I had the guy on the line, I might as well go for it. I checked my list, cross referenced against the Youngblood discography (in serious need of an update!), Kyle Whitlow's blog and the How's Your Edge swap page to come up with a comprehensive want list.
I proceeded to freak Sean out with a list of 76 different variations of Youngblood releases. Pre-presses, tour covers, final presses, stamped showcase sleeves and every color variant I didn't already have. Well, after some back and forth we settled on 58 records. I wanted all 76, but he just didn't have spares of all of them.
It will do for now.

I have to say, for shipping 39 7"s in one box, postage wasn't as bad as I thought it would be. Sean is the master of safe and secure packing.

First up with the 7"s, there were three large 7" mailers packed tight inside a box with cds and bubble wrap! 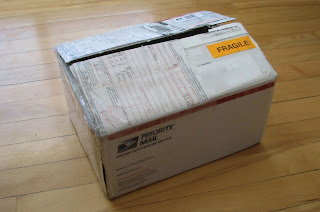 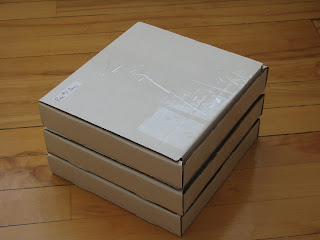 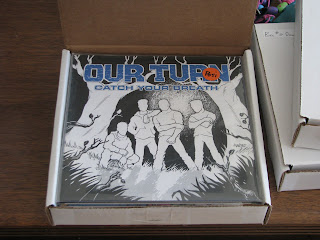 A few days later the 19 lps came in a large box with three deep album mailers and triple protection on the corners. In the end, there was not one single dinged corner. Not one. 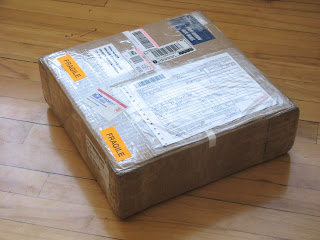 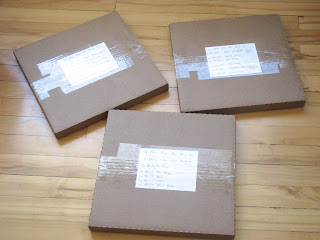 As far as the records go, I ended up scoring a bit of everything from YB01 Rancor Flip the Switch to YB38 Give Flower Head. I am super charged up to have gotten so many rare and cool records. Bladecrasher, Life's Halt, Desperate Measures, Far From Breaking, Lights Out, Striking Distance, Iron Age... The list goes on and on.
There was no way I could take pictures of all of it, so here are some of the alternate covers of both 7"s and lps. 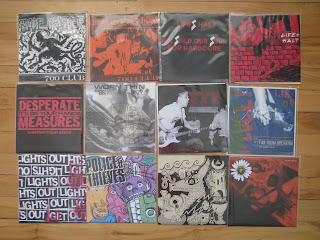 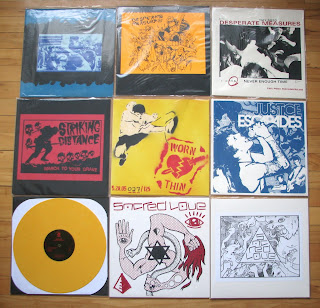 The really amusing part of this deal is that Sean had spares of all the limited stuff but almost none of the common. My remaining want list is almost nothing but black vinyl or the most common version. Hell, a quick visit to Discogs and I could be done this sucker!
As it stands right now, I have 134 different Youngblood pieces from 37 total releases. I am only missing five variants from YB13 on. I always regretted waiting so long to collect the label as complete as I did from the Iron Age lp on, but it seemed a daunting task looking backwards at the catalog. I had at least one of everything, but not enough from the early stuff. Now it feels like I got the balance right.
I am truly insane.
Posted by Doug W at 7:27 PM