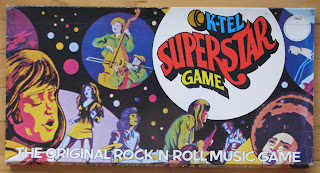 "The Original Rock and Roll Music Game"
Before my first Kiss 8-Track, before my first Black Sabbath lp, and before my first Rush cassette tape  - there was the K-Tel Superstar game.
This board game was my earliest exposure to music and as a part of it, was hands down the first record I ever owned. 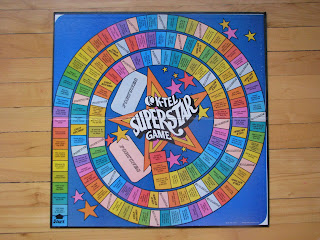 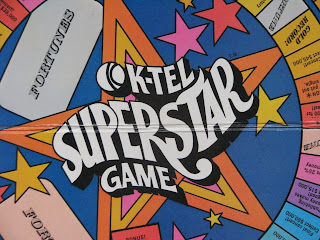 Released back in 1973, this board game explored the fascinating world of rock music where you progress from buying your first instrument and forming your first band to eventually releasing gold albums and running record labels.
The spots you would land on were hilarious stereotypes of rock star behaviour including "Swindled by Phoney Guru", "Manager runs off with money. Lose $50,000" and "Collect $50,000 for Las Vegas tour...Pay $60,000 for gambling." It was 1973, I'm sure Led Zeppelin did all this and more.

Yeah, those are gold albums bitch! 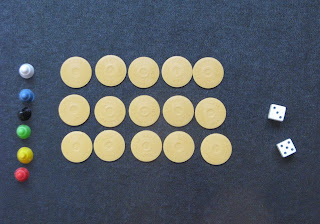 The best, and I mean best, part of the game was the 45 record that was integral to the game. On certain spots on the board, you would record and release an album.  You had to fire up your record player and drop the needle anywhere on the record to see if your record was a hit, a flop or if you broke even. 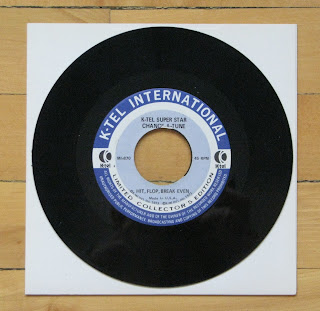 The record was really awesome as it was kind of locked or parallel grooved. Where you dropped it would repeat your fate and run out to the end. It didn't repeat over and over forever like a locked groove though. I don't know how it works, but it is freaking awesome. 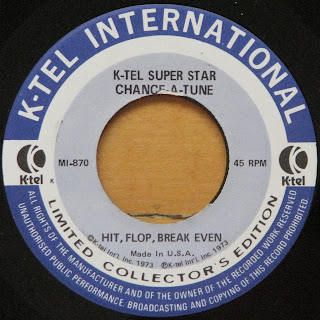 
Do yourself a favor, spend $10 less on your 15th variant of some random band you won't listen to in 5 years and check this sucker out on ebay. 40 years later and I'm still digging it.
Posted by Doug W at 10:28 AM