American Nightmare – The Sun Isn’t Getting Any Brighter 7” 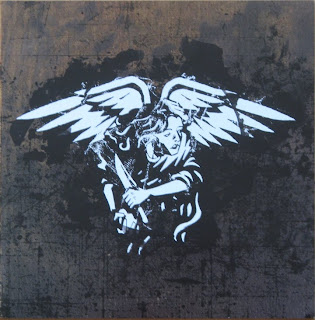 The American Nightmare love fest continues with their second 7” record, “The Sun Isn’t Getting Any Brighter”. On this release, the music, the vocals, the overall sound gets very frantic. The songs are more hectic, way faster – just crazier. This record is far less of a “traditional” hardcore record than the first record, but just as good.

As crazy as the collectability of the first record was, the second was just as collectible - but different.

The layout is of course, top notch. A young whippersnapper named Jake Bannon did the artwork and layout. I think he has a future in this art thing... 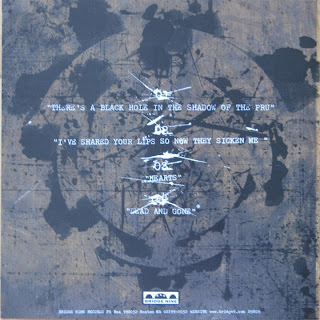 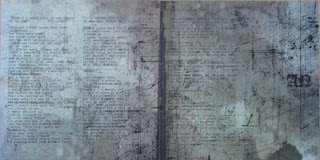 This was yet another home run for Bridge Nine who at the time were riding high as the best hardcore label in the game. Wait a second, I think they still are. I am on pins and needles for the new Have Heart live lp/cd/dvd. I digress.

One of the distinguishing features of the first press was that all of the vinyl was black. The collectability is on the color of the text and angel on the label. Who would have ever believed that the color of text would end up being as important as color of vinyl? 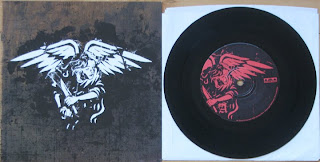 Black vinyl. White labels out of 350 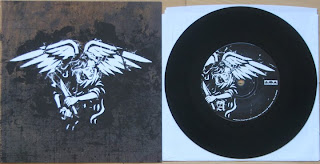 Black vinyl. Blue labels out of 500 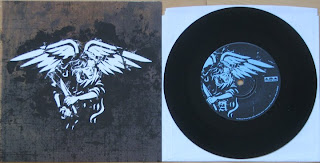 Black vinyl silver labels out of 900. 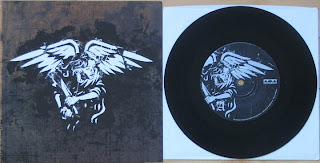 Silver labels would end up being the standard for all subsequent pressings.

Also part of the first press but not available for order, was the infamous Bridge Nine “friends” press. As always, a number were randomly inserted into pre-orders, but for the most part were for the band to sell or give away. 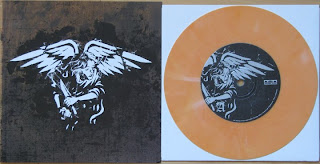 The 2nd press was all black vinyl with silver labels out of 1000. I could never tell the difference between the silver labels from the first press, so maybe I have the first, maybe the second. Whatever.

3rd press. Purple vinyl out 600 This was pressed for their 2001 Fall European Tour. 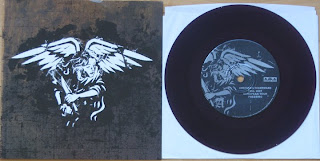 Labels were printed for the tour describing the record. Awesome touch. 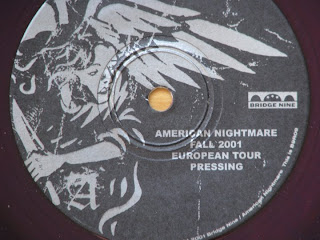 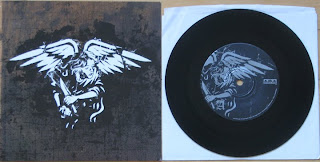 The inclusion of a small “IV” on the label was added to indicate the fourth press. This was a landmark in record collecting as Bridge Nine hit on a new innovation that would become a standard with not only their label, but others to follow for subsequent pressings of records that didn't change colors.

Label with the "IV" 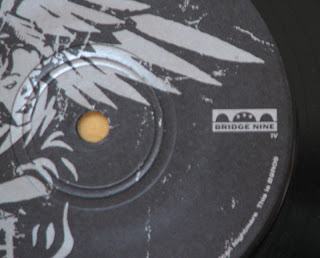 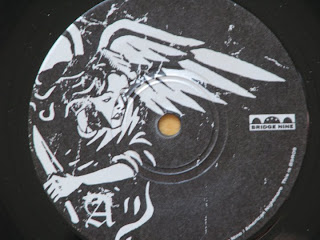 The fourth press version I have also had a sticker on the outer protective sleeve. Nothing like waiting until the last press to let someone know what the record is! 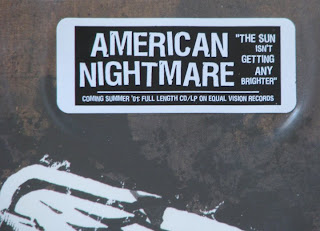 Ah hell, I guess if you didn't know by then, you probably had no business knowing at all. Wow, that sounded elitist.