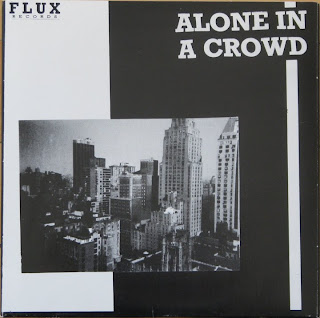 Talk about your one offs…

No real introduction is necessary for Alone In A Crowd. If you are into 80’s New York Hardcore, you know the story of this band.

Side By Side break up. Jules starts a new band with people who were, or would end up in Judge, Breakdown, Raw Deal/Killing Time, and Uppercut. It’s hard to call a band that didn’t make 5 cents to their name a “supergroup”, but it’s as close as we have I guess.

They enter Don Fury’s studio and record four amazing ‘88 style hardcore songs. It also doesn’t hurt that it is 1988.

As far as the songs go, no one is reinventing the wheel. Raw sound, gang backup vocals, crunch, speed, heavy breakdowns and lyrics about friendship, unity, and getting stabbed in the back. Hardcore 101.

They play one show and done. That’s it.

Well, at least we have this record to prove it happened.

The 7” was released on Flux Records in 1989. Two pressings, all on black vinyl. 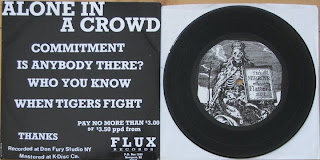 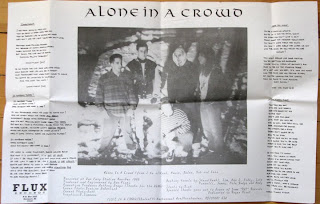 Second press. They completely changed the cover and labels for the second press. It took me about 5 minutes of staring at the cover to finally figure out it was a close up picture of Marlon Brando’s face from Apocalypse Now. I’m not too quick sometimes. 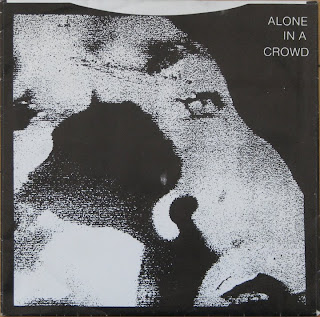 Total of 500 pressed on black. 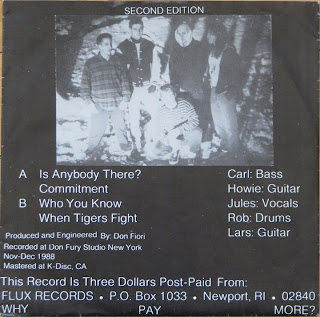 Seriously down scaled insert as well. 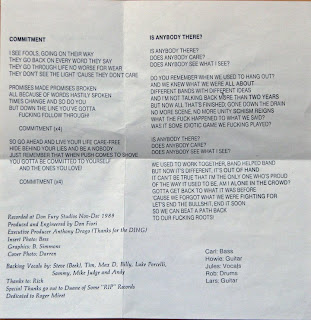 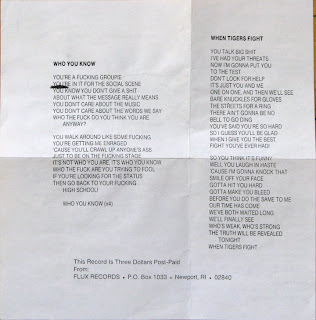 There is also an alternate sleeve for the second press that is a cheap photocopy that removes the group photo and changes the text on the back. I don’t have it and I have zero interest in it. Go check out Dobek’s site to see one.

Fifteen years later the record is finally repressed by Contrast Records. The last time I checked, everyone with a trading list on How’s Your Edge or Dead Format has one so I decided to leave it off here. There are a couple thousand pressed so it wouldn’t be too hard to track down if you are interested.