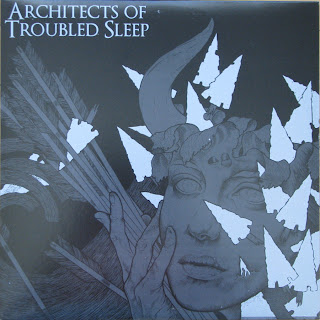 Ever since seeing Burning Love play at Chaos In Tejas this summer, I have been on a bit of a Chris Colohan bender. Some Burning Love, a bit of Left For Dead and The Swarm, and whole shit load of Cursed.
The album I have been digging a lot again lately is their last full length album, "III : Architects Of Troubled Sleep". Not their most popular album by any stretch, but to me it is their best.

Cursed has always had an issue with their recorded sound. To me, they have never been able to capture what I have heard when I saw them live. This album was at least the closest. Plus, this record has two of their best songs, "Antihero Resuscitator" and "Into The Hive". Hardcore.

As for the vinyl, there are two separate releases for the album, each with their own unique touches. The North American pressing was on the awesome Canadian label, Goodfellow Records.

The limited color was 300 on grey. 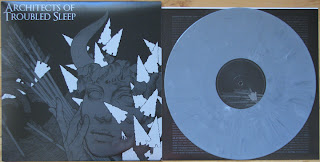 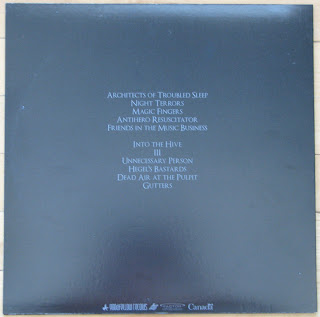 The rest of the first and only pressing was on black vinyl. 700 pressed. 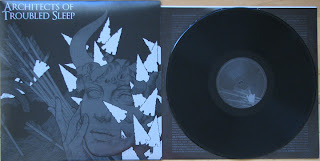 Comes with the dreaded glossy two sided printed inner sleeve. I have fingerprint marks all over it that I can't get rid of. Fail. 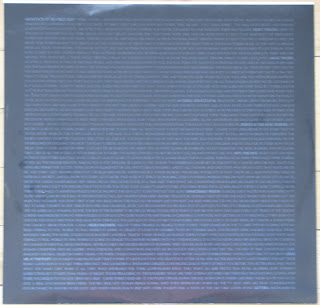 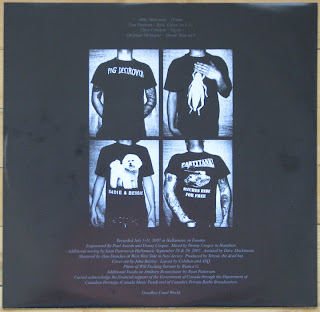 There is a record release/Good Friday version with a alternative cover out of 85. I am still on the lookout for it, but it goes for some pretty big bucks. $100 these days, if you can find it at all.

One very strange thing with our independent Canadian music scene is that if you have the organizational skills and a willingness to tour and promote yourself in Canada, you can get a grant to help subsidize your band/label endeavors.
Yup, this Cursed album was partially paid for by my Federal government. O Canada!

I don't know, seems weird to me. There are some things you expect the government to get involved with, hardcore isn't one of them.
You can read up on the whole Factor program here. Checking the site out I just found out that Silverstein got $15,000 to make a video. Comeback Kid got $7184 to tour. I obviously pay too much in taxes.

There was also a European pressing of the album released on Reflections. This was a nice surprise as most of the licensed stuff Reflections releases is in the straight up hardcore like Blacklisted, Modern Life Is War and Terror. I know, that is a pretty big generalization, but hey, let's go with it.

Clear with black splatter out of 250. 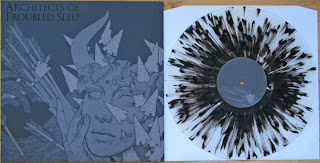 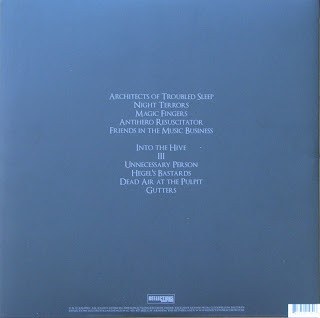 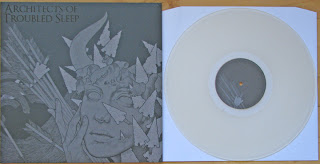 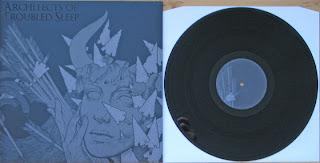 The European press also came in a gatefold cover made up of the printed insert of the North American version. You can see there are also a couple slight differences with the front cover as well with shading and stuff like that. 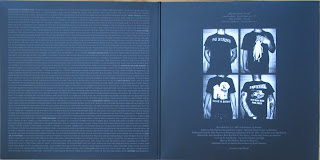