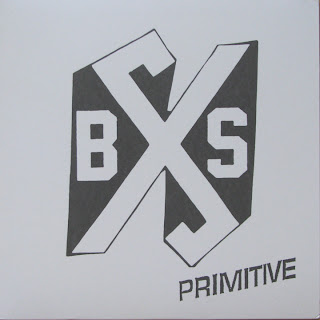 I consider myself an educated man. A person who is intelligent and savvy enough not to get caught up in trends or hype. To see things the way they really are, and not what others tell me it is supposed to be.
Yeah, that's pretty much all bullshit as I got caught up along side everyone else in the collecting world with the hype band and record of the year, Boston Strangler's Primitive lp.

Everyone is pretty much caught up with the story on this one, but here is a skewed, bitter recap.

Super buzz on a relatively new band featuring members of every Boston band since 2000 (well DFJ anyway). The band plays old school Boston hardcore in the vein of SSD, Negative FX and Slapshot. They have the 80's hc revival sound down and do it very, very well. The demo tape makes it's rounds and everyone is stoked for the album to come sometime in the next year. Cool. That's when things get screwy. The album is put out by Fun With Smack initially at a record release show and they disappear immediately. The remaining copies are released to the rest of the world, but only to select distros. No one has one after 5 fucking minutes. There are rumors of some online distros having a couple, but are sold out or unavailable the minute anyone went to the site. Of course, copies show up on ebay with ridiculous Buy It Now prices and on Discogs for even higher prices. People are pissed. Punk and hardcore purists ruin auctions by bidding the price up into the hundreds of dollars and then purposefully don't pay as protest to the rampant flipping. Things die down in time and some copies show up on ebay with low starting bids. People end up getting them for around $40. Still high for a new lp, but better than the shit that was happening. A second press is planned for release and everyone is happy once again as people will be able to get the album without resorting to the second hand market.
All is good in the world. Well, except for the European economy and the imminent fall of the western world's financial system, but that is a story for another time... 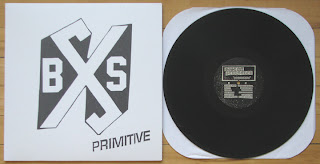 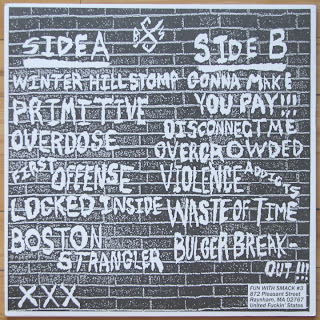 I'm sure I fucked up the story up somewhere along the line, but that is pretty much what I went through to get a copy. Through all the hype and shenanigans, I am still super happy with it. This album shreds. Period.

There are different numbers out there for pressing info. I have seen 500, 750 and even 1400 for the first press. The identical second press is rumored to be in the 600 pressed range. That's a lot of records! All are on black vinyl. 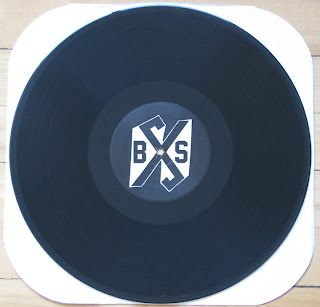 The album also comes with a very cool insert/lyric sheet with the only bit of color in the whole package. 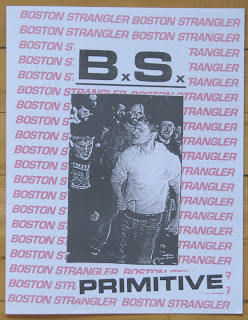 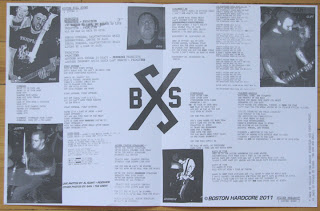 Wait, is that Choke?