Give - Singles Going Confetti + A Couple Other Ones 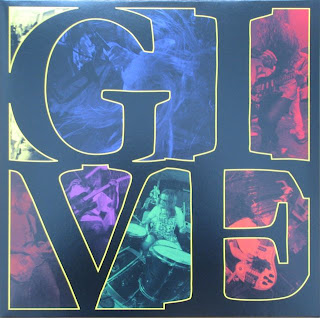 Well here I am another month later and still dragging ass when it comes to posting. I really have to pick it up as I see so many great record collecting blogs consistently bring the content and quality. Have a quick check of my blog list and you all know who I am talking about. Inspiring.

I have been on board with Give from day one have been collecting everything I could get my hands on.  The more I listen to them the less I think of them as a Swiz inspired band (which they most definitely are) and more of a band with a general DC/Dischord/Revolution Summer influence.
As new 7"s came out I would pre-order everything available. That temporarily stopped with the announced release of the Singles Going Confetti lp.
I mean I figured I had all the 7"s, there was no need for a "compilation" let alone one from Europe that would cost me dearly in postage.
Well I was able to stick to that responsible train of thought right up until I saw a post showing off the color version of the album. Aw damn! I had to order. Luckily there were still copies available directly from Assault so I didn't have to hit ebay.

There were two colors available, the rarer one being solid yellow. This was limited to only 160 copies. I am stunned I was able to get one this late in the game. 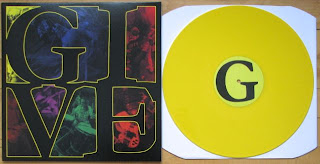 The other color is of course black vinyl and at only 260 pressed isn't exactly common. Although it is being stocked at RevHq now. 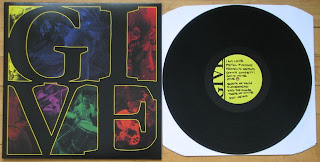 The layout is top notch with great artwork throughout. I am particularly impressed with front cover incorporating the 7" band member format. 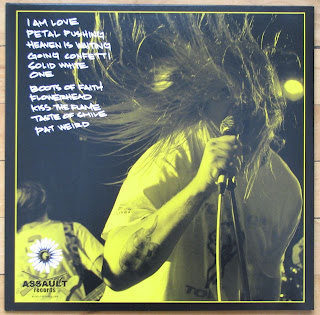 The insert is cool too. 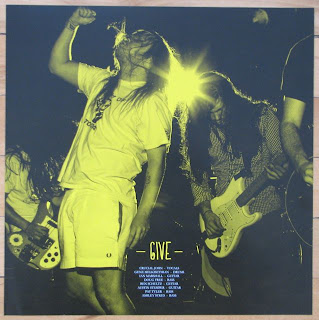 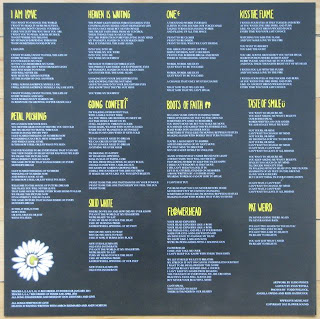 At the same time I ordered the Singles Going Confetti from Assault, I was also bidding on a pair of alternate cover versions of Petal Pushing and I Am Love. Luckily they were being offered by the same seller at the same time, so I was able to score both of these in one shot. 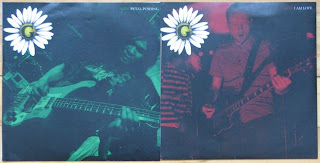 The alternate cover versions are limited to 100 a piece. The Petal Pushing cover shows Doug Free and the I Am Love has Austin Stemper who I can only assume played with the band to fill in on tour for the permanent members. Hell how the fuck should I know? 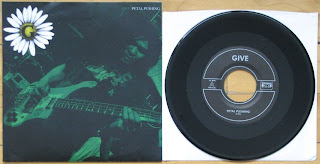 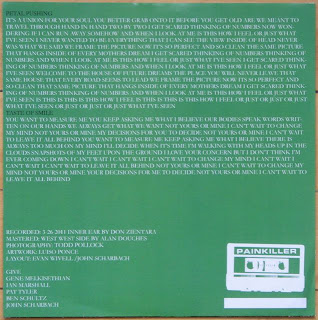 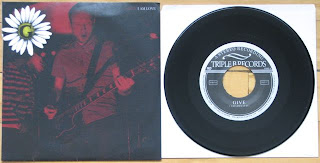 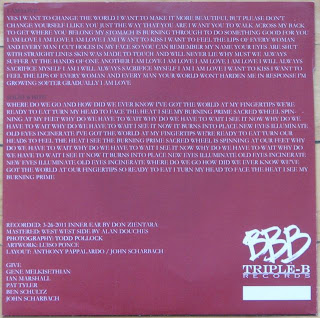 I think at this point my Give collection is complete. I was going to take a picture of the whole thing but then I remember how much fun it was doing the Have Heart demo layout and decided against it. Mike has a cool picture you can check out instead.
Posted by Doug W at 8:51 AM