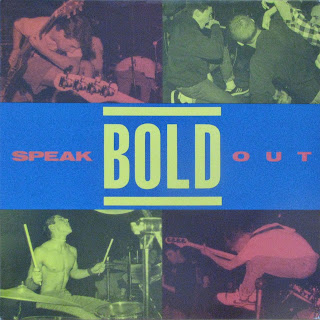 I was very recently accused of slacking so hard on this blog that I was essentially letting it die. Well, that might be true.
I think I have said it before, there are lots of really good record collecting blogs that do an admirable job showing off all the new stuff people have acquired from labels or distros. Totally cool.
I just figured no one wants to see what I got in the mail when they were getting the exact same thing. So I have been pretty selective on what I post. Plus I'm not going to lie, summer in Canada is like three weeks long. I got shit to do outside.

One thing I did get in recently that is blog worthy is this "final" press Bold Speak Out. You all remember when Revelation decided in the early 2000's that vinyl was dead and pressed very small numbers of color vinyl as final pressings for some of their earlier releases? Yeah, that kind of fell by the wayside. There were a couple releases though that got the discography treatment and the originals ended up being actual final presses. This is one of them.
I don't know why I passed on buying this for so long. I dig the album and the band, but maybe it was the cost that was so prohibitive. Anyway, I finally got one.

The album was pressed on the ugliest yellow vinyl I have ever seen. There were just 330 of these made back in the altogether scary year of 2001. 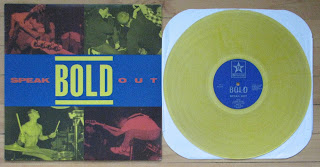 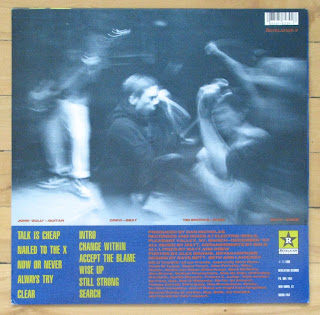 It was released with the same blue labels as the later non-gatefold pressings. Well except for that one press with white labels. I just bought one of those too. Hopefully it gets here soon. 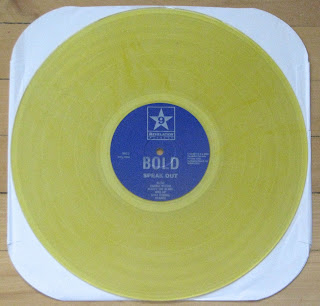 As all the the later presses came with standard sleeves, one sheet inserts were used. I have to say, I really dug the first three pressings of this record with the gatefold sleeve, black vinyl and two tone color labels. That was awesome. 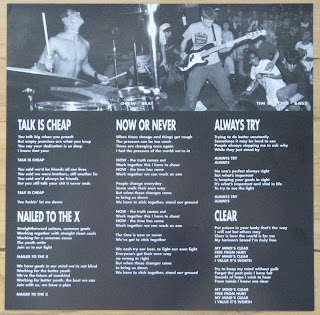 I have a couple more Revelation "final" presses on the way that I am looking forward to receiving. One of them blows this out of the water! Still, I'm glad to have this and color vinyl is never a bad thing.
Posted by Doug W at 5:23 PM