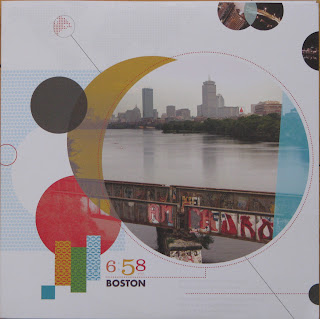 I have to say, I am very impressed by the effort and coordination it must have taken a lot of people to pull this Bane 7" series off. The different cities, pictures and songs all tied together by the graphic layout is impressive.

Bane recorded six new songs (all with American soap opera titles) and had six different labels release them to different parts of the world. Three labels would release vinyl and three labels cds. The cds have all six of the songs on them and are released by labels out of Australia, South America and Japan. But I'm not here to talk about those evil cd's! Vinyl time!

What I didn't know when I pre-ordered all of these was that the European versions (Dublin and Rome) have the same songs as the American Boston and Los Angeles ones. Basically Dublin and Boston are the same and Rome and L.A. are the same. That actually makes sense as people can order "locally" for the version close to them.
With the internet, I just ordered all of them. International postage rates suck, but I'm pretty used to it by this point in the game.

The Boston 6:58 PM features three amazing songs "The Bold and the Beautiful", "One Life To Live" and "The Young and the Restless". There were three colors available for pre-order, red, blue and black. 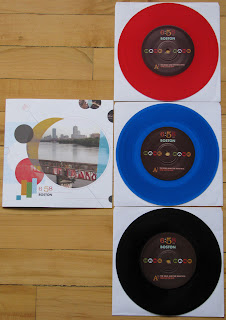 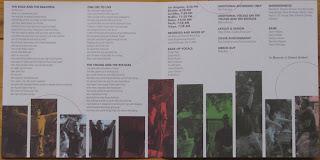 The pressing information I got off the BBB site is:
700 on red 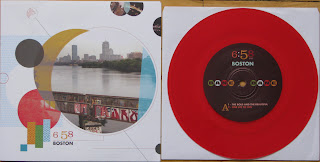 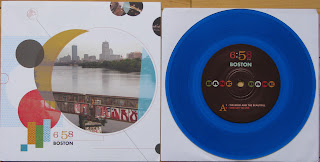 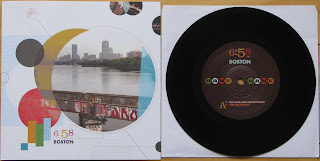 Those are some pretty good numbers so it shouldn't be too hard to track this sucker down. It is super cool that it comes with a download coupon as well. Who doesn't have an ipod these days?

I really dig this series and hope more bands pull this kind of thing off like Soul Control did earlier this year.
Posted by Doug W at 1:01 PM