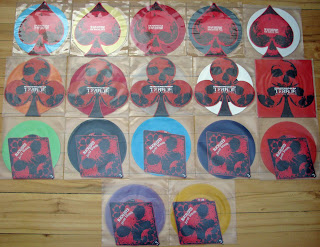 Hey, whatever happened to Hearts?

I got into collecting the whole Deathwish split 7" series a few years ago. Of course, anything I could get locally was most assuredly the common color. The rest took some work. Slowly through ebay, B9 board trades, private sales and two different trips to the Deathwish table at Sound and Fury in 2007 and 2008, I was able to collect everything here.

The first split was The Suicide File and The Hope Conspiracy.
The Deathwish discography webpage lists a "mayo" color out of 15. I don't have it. I don't think I have ever seen it either. Probably not going to happen either. 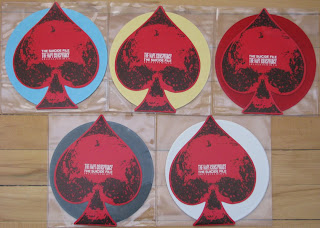 The white vinyl with alternate labels is out of 200 and was pressed for the Suicide File's last show. Mine isn't numbered, but is stamped for Posifest. Cool I guess. 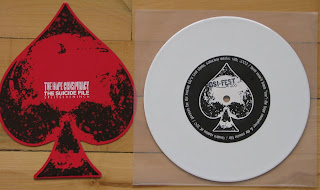 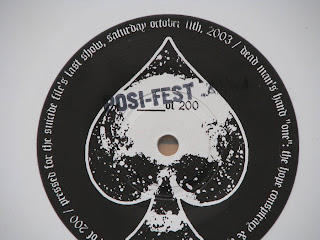 The second in the series was the split between Ringworm and Terror. The colors were a little easier to collect in the first press as the pressing numbers were higher across the board.
First press:
500 Orange vinyl
500 Clear Red vinyl
1500 Clear vinyl
1500 White vinyl 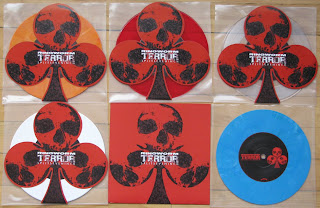 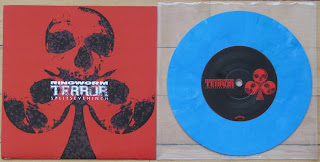 The third in the series was the split between Blacklisted and First Blood. This one was tougher and kind of confusing.
The complete pressing was:
100 Lime Green vinyl
250 Brown/Purple vinyl (50 clear versions, 200 opaque versions)
500 Blue/Green vinyl (50 dark blue variations, 450 more teal than others)
1300 Purple vinyl
1800 Yellow/Orange vinyl

There were also different shades with just about every color, but thankfully those weren't pulled out and numbered out of 6 or 9 or something crazy like that. 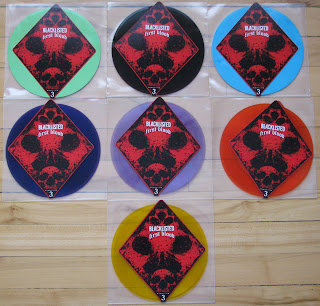 My blue/green is definitely lighter with more teal. My yellow/orange is pretty orange, but I also have an all yellow variation. 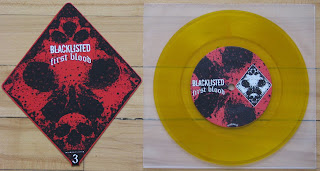 I also picked up this cool purple that is pretty much clear. 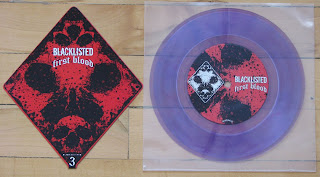 I realize there are a few different purple variants, but hell if I start trying to collect different shades of grey/purple marble, I might as well start collecting No Idea records!

I am still pretty happy with this collection and the songs and bands are all top shelf. They still really hold up well.