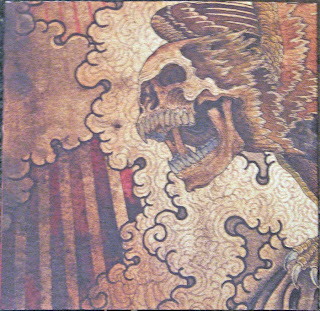 I can pinpoint the exact moment Hope Con made the jump from a hardcore band I liked to being one of my absolute favorites.
It was when I heard their cover of Naked Raygun's "Treason" off the File:03 seven inch. Pulling off a killer cover of one of the best NR songs ever recorded makes you aces in my book.

My love for Naked Raygun is pretty crazy. They were the first band that I had all their albums on vinyl, cassette and cd, just in case I was somewhere where I needed to listen on a different format.
My NR obsession even led me to make a solo to a trip to Chicago back in 1994 to track down as much vinyl, merch and old gig posters as I could find. (This was pre-internet or ebay for me)
On my last day in Chicago before heading home, I was looking for somewhere to eat. I ended up wandering over to Popeye's Chicken on South Wabash Ave. It was busy with the noon rush and I ended up having to stand in a pretty long queue. I looked to my left and in the next line over was Naked Raygun bassist Pierre Kezdy.
I was starstruck, I couldn't say a thing. I just stared. It might as well have been freaking Robert Plant standing there. After 10 minutes, I finally got my three piece with biscuit and beans. I sat down and watched Pierre walk out across the parking lot back to his plumbing truck in his grey coveralls. Now that's a rock star...

Anyways, back to The Hope Conspiracy. Ever since File:03, I have been diligently collecting their records. It really isn't too hard as they traditionally haven't been a full time band and have a pretty small number of records out there. Every single record though, especially "Death Knows Your Name", is amazing. Perfect, straight forward, angry, driving hardcore.

Their latest record is the True Nihilist 7" released on Deathwish. Grabbing the first three colors from Deathwish was pretty easy and pain free. One pre-order, three colors available. A few weeks later, done. 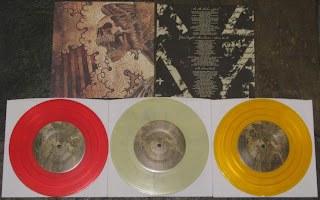 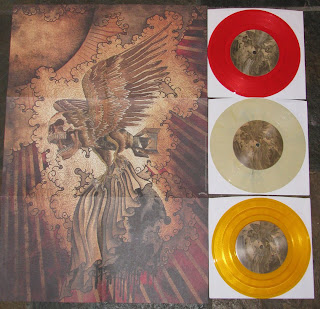 Then a few months back, Shirts & Destroy came out with a "True Nihilist" package deal. The package included a print of the cover art by Thomas Hooper, a t-shirt and, of course, an exclusive limited edition color of the 7" on glorious black vinyl. Oh, and a sticker too. There were a total of 100 sets available.

Well of course I had to grumble about the price, the limited availability, the shipping costs, the delays, and even the extra shipping charge that I was required to send last week. Even with all that, there was no way I was going to let it pass me by.
After many delays and holdups, the package finally showed up yesterday. 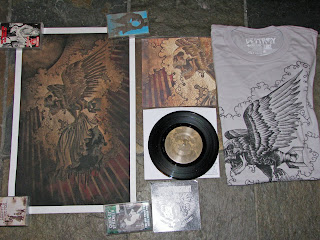 I ended up with #40 of 100. The Deathwish discography shows that there are 115 total on black. By far the most limited of the colors. 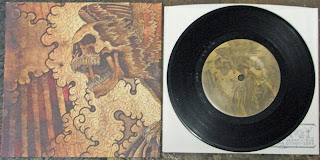 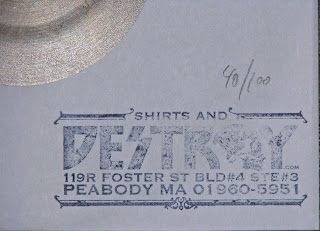 The print is also numbered to correspond to the number on the 7" sleeve. Nice touch. 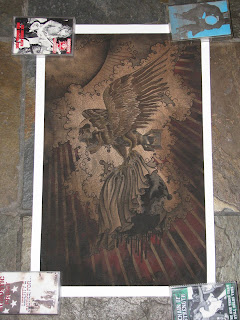 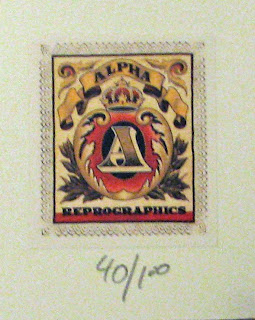