Get The Most - Together 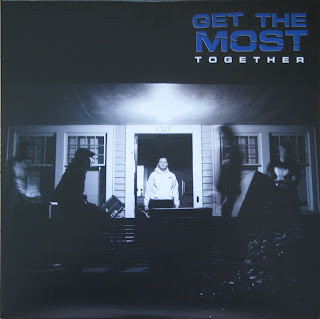 React! Records have done it again. Just another amazing release as has becoming their standard.

As far as Get the Most goes, I have been following them for a while now since their two Crucial Response 7"s and React's re-issue of their demo on vinyl.
I love their straight ahead approach to hardcore without having to resort to cookie monster, monotone growling vocals that has become far too common these days.
I guess that is what I like about them so much; they have become a standout primarily due to the unique sound of their vocals. To me that is a real throw back to the 80's in that sense. I just love it.

When it comes to the vinyl, Aram and the React! crew keep up their perfect record of quality releases.

Three colors were available at the pre-order. 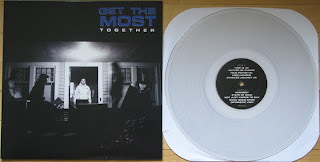 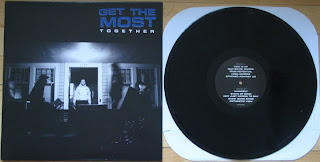 There is also an additional color (green/133) that was available for the record release/React! Showcase. I have one coming thanks to my main man Aram and I will be posting all my Showcase loot once it arrives.

Plenty of extras once again as it the norm. Huge lyric sheet, a cool posi write up on "Hope" and also two stickers and a download code for the ipoders out there. 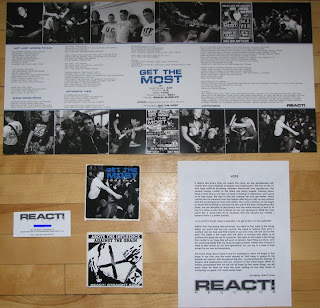 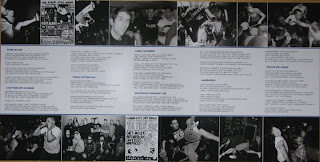 The package also came with yet another silk screened cardboard mailer insert. These things are becoming collectors items themselves as there has been a bit of a buzz on them on the React! Message board. The big man himself posted that there are 150 of this particular design printed in total. 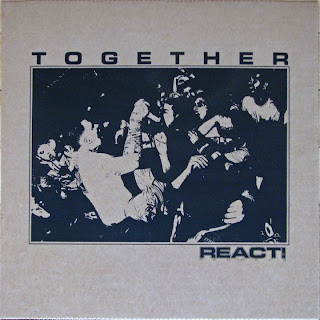 Nope, nothing wrong here. Now we only have to get some of these NW/Legitimate Bros/React! bands out to western Canada for the summer. Here's hoping!
Posted by Doug W at 7:07 PM