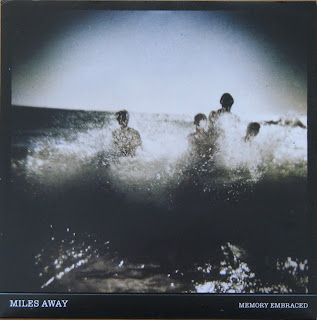 I have been to Australia twice in my life, and so far those were two of the best trips I have even been on. The culture, food, people and attitude were similar to what I experience here in Canada. Well, Vancouver anyway. Maybe its a Commonwealth thing.
One thing that I didn't experience was Australian hardcore. I went to a few shows in Sydney and Melbourne (Sick of It All, NOFX) and what I got for local opening bands was Toe to Toe and Bodyjar. Not that there's anything wrong with that. It is what it is.
However, after hearing the latest Miles Away lp on Six Feet Under Records and this self released 7", I have to ask, where the hell were these guys back then? Probably in grade school, but that is beside the point.
Miles Away have really been coming on the last couple years. They went from some unknown band with cd only releases (not cool) and a B9 Bonus 7" (very cool) to a relatively major player in the hardcore scene with their release by SFU.
This four song 7" has two songs appearing on the "Endless Roads" lp and the other two are exclusive to this release. Always a winning formula in my book.
There are two colors in this first pressing.

Black and green mix. HYE? search has it as 400 pressed on this color. 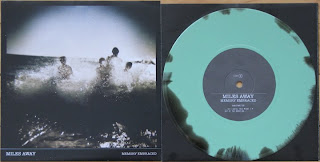 I was able to surprisingly pick up this 7" at a local shop a couple days after seeing that it was sold out at RevHq. That a local Calgary record store would get any non-standard color in stock is a freaking miracle. 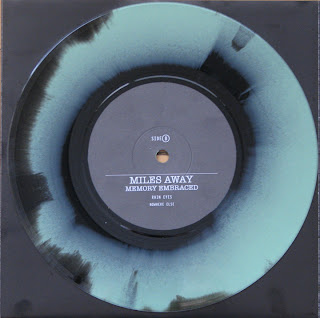 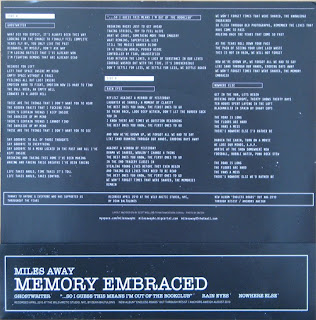 There is also a regular black vinyl press of what is generally numbered at 600 for a total pressing of 1000. That makes sense.
Posted by Doug W at 10:38 AM