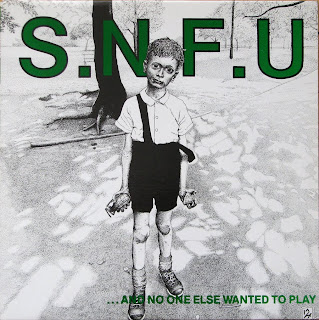 In my never ending effort to bring you the finest in Canadian punk and hardcore, today let's talk S.N.F.U. Of course you know them already. They are freaking punk rock legends, not just for Canada, but the world.

I was digging around a local used record store last weekend and came across a sealed, brand new copy of the "Open Your Mouth and Say Mr Chi Pig" documentary. I have been wanting to see this for some time so I bought it right away and headed home to watch. 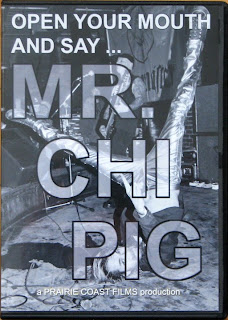 Wow. I have never been so bummed in my life. Two hours of watching one of the most energetic and best front men ever to hit a stage slowly lose grip of his mental and physical health, age about 60 years, and end up homeless, toothless and drugged out in the grimy streets of East Vancouver. Depressing.
Enough of this - come on let's get happy!

"...And No One Else Wanted To Play" was S.N.F.U's first full length album released back in 1984 on BYO Records. 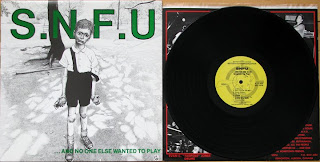 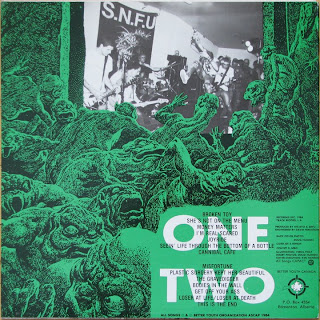 My copy of this record is the second press. The picture on the cover is a drawn version of the Dianne Arbus photo, "Child With Toy Hand Grenade in Central Park". The first press used the actual photo, but that got pulled because the band used the picture without permission from the artist's estate.
I guess they thought drawing it would be ok, but that second press also got pulled and they had to go with a completely different cover for all the subsequent pressings that pretty much sucks. The tour cover is pretty awesome, but I digress. 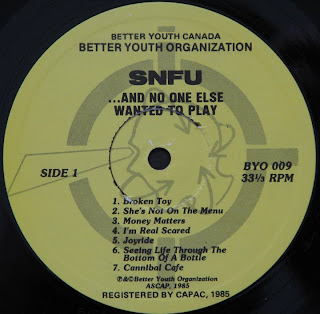 Musically this album is perfect. Stunningly good. Every song is permanently etched in the DNA of every western Canadian punk over the age of 30. Shaun, am I right? 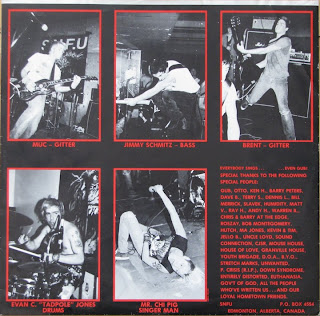 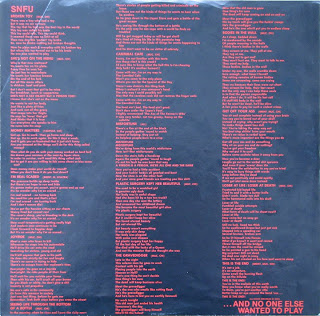 A lot of people pretty much think the band was at its best at this stage. Pretty hard to argue with that, but I love all their stuff. As long as Chi Pig, Marc and Brent Belke were playing - it was magic.