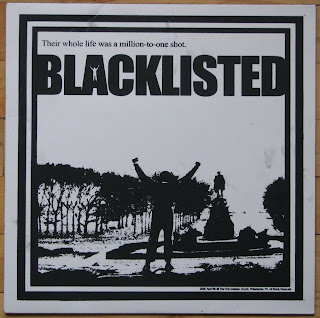 For the second time I am double dipping. A second post on the same record. But hey, it's a good one. The first post I did on "The Beat Goes On" was for the premature Final Shows version. This time we go back to April 9, 2006 for the record release.

Blacklisted went all out for their record release cover for "The Beat Goes On". Keeping with their Philadelphia/Rocky theme that they had with their 7" demo release of the "Greatest Challenge" cover, we get some more Italian Stallion pride.

The only down side was that the covers were screened and they were definitely still wet when handled. There are quite a few smudge marks and fingerprints! I think mine was still tacky when I got it years ago.

They used the red vinyl from the first press and printed up a total of 50 for the show. 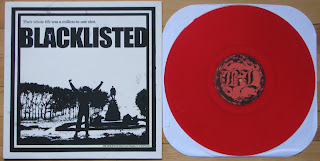 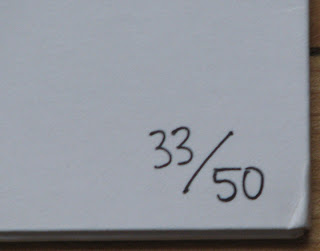 These are still a pretty hot commodity on ebay and trade lists, but I think it is totally worth the price just to have a piece of Sly Stallone in my record collection.
Posted by Doug W at 9:59 AM