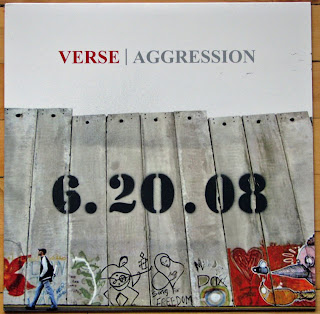 Looking back, 2005 to 2008 were the Rivalry Records years for me. I pretty much went nuts for every band, every record the label put out and of course, every variation and color I could hunt down.

It all started with a cd sampler called "Locked and Loaded 3". I'm pretty sure I received it in a order from Revelation. The Rivalry bands on the sampler were Go It Alone, Allegiance, More to Pride, Another Breath and Verse. From the moment I heard "Tear Down These Walls", I was hooked.

I did my best to get most or all of the variations of all the Verse records including their last album, Aggression. To me, this lp sounded like they took a page out of the Modern Life Is War playbook and slowed down a bit to create a more moody hardcore sound. The three part "Story of a Free Man" is epic. This was a really good way to go out. I love this record.

Well, word was there was a record release version on black vinyl. 100 pressed. Of course this is after I had hunted down the first pre-order color, the second pre-order color, the summer tour press, the regular 1st press on red and the almost immediate repress on grey.
There was no way I was going to stop now. 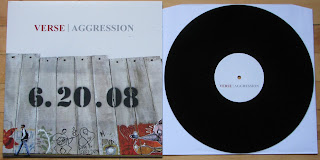 When I heard about this record release version, I went right to the source. I had met Kyle Whitlow at the Go It Alone final show in Vancouver and had been buying records off him directly for a while. One e-mail and I was able to score one of these off him and had it within two weeks. 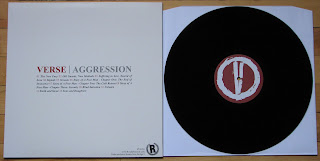 Sometimes you just can't mess around.
Posted by Doug W at 5:46 PM