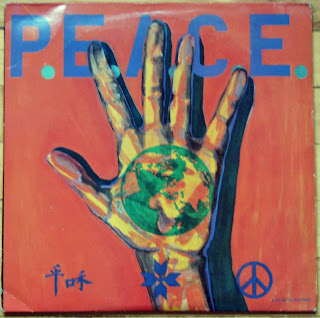 You know, I always plan on writing something about new records that come in, but lately it seems that I have to visit the collection for older stuff or I would never get around to posting.
I have 23 pre-orders I am waiting on. 23 going back to July. Unreal.
A good chunk of them will never see the blog treatment because I get the feeling you guys don't want to hear about Sunn O))), Boris or Jesu. What can I say, man can't live on hardcore alone.

Speaking of hardcore, you can't do much better than the P.E.A.C.E. compilation.
While everyone focuses on "This Is Boston, Not L.A.", "The Way It Is", "Someone Got Their Head Kicked In" or even "Let Them Eat Jellybeans" as definite statements on the early hardcore scene, I have to go with this beauty. 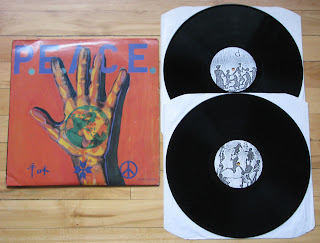 The PEACE comp was released by Dave Dictor's R Radical Records back in 1984. In addition to MDC, this double album featured bands from across the world. All of it VERY political. It's cool to see what the political climate in the early 80's was. Non stop nuclear war and Reagan songs. One thing you can say is that these bands gave a shit about something.

The lineup of bands is very impressive and a literal who's who of the early punk/hardcore scene. M.D.C., D.O.A., D.R.I., Articles of Faith, Cause for Alarm, Septic Death, Dead Kennedys, Subhumans and even the Butthole Surfers are on this comp in addition to dozens of other lesser known but really very good bands. 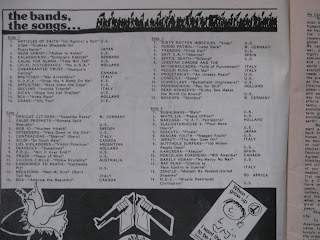 You can find this record pretty easily as there were at least 10,000 pressed, all on black vinyl. The jewel for collectors is to find an intact booklet that came with the record. This thing is massive, but pretty fragile. Every band gets a page for lyrics and/or political commentary.
It must be pretty rare to find one in good shape because I have traded/received records from people just for a photocopy of the booklet. Dig it. 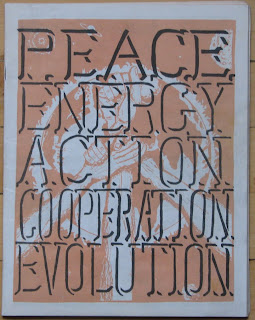