Integrity - To Die For 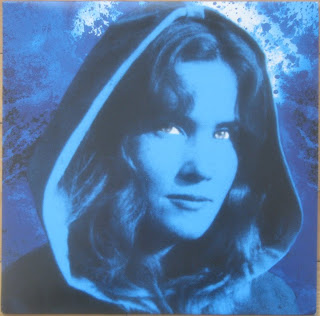 When news that Integrity's "To Die For" lp would finally be released on vinyl after 7 long years, I was stoked! Back when "To Die For" was released in 2003 on Deathwish, I just assumed there would be a vinyl release coming any day after the cd.
Well, here it is seven years later and thanks to A389 Recordings, we have vinyl!

I always felt that this record was a serious return to form after the disappointing "Integ 2000" and "Closure" albums. The Holy Terror sound was back in a big way!
To tell the truth, I had pretty much stopped listening to Integrity after "Seasons In the Size of Days". I was a huge fan of their mid 90's Victory era records such as "Humanity is the Devil" and "System Overload".
As my interest waned with Victory Records and 80% of their bands and the rise of thug/tough guy hardcore, Integrity unfortunately got swept up with all that crap, however unfairly. Ah, the 90's.
Back to the matter at hand. "To Die For" on vinyl.
The first thing you notice about the record is the radically different cover art. The Deathwish cd looked like this: 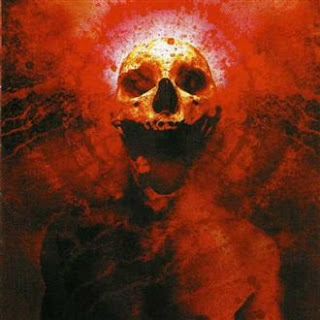 What we have on this new 10" is a pretty radical change. Uh, yeah - its Sandra Good. 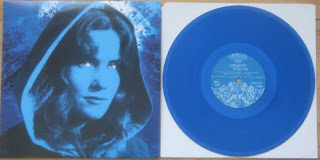 Now who you ask is Sandra Good? Well, she is one of the girls from the Manson Family. Yeah, as in the 1969 hippie cult, Spahn Ranch, Helter Skelter, Tate/LaBianca killings, Manson Family.
Her nickname in The Family was "Blue", given to her by Charles Manson for her blue eyes. Hence the color of the cover and vinyl.

There is a total of 500 pressed on blue. 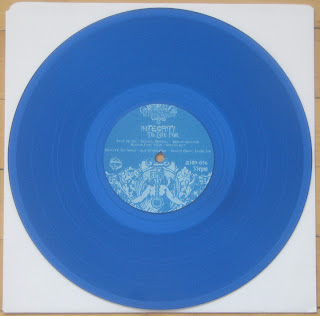 The B side label shows a picture of Good and fellow Manson Family member Lynette "Squeaky" Fromme. She loved trees and protecting the environment when she wasn't sleeping with an 80 year old man so the Family could hang out on his deserted movie set. She later became famous for trying to shoot US President Gerald Ford with an unloaded gun. Love those feisty redheads! 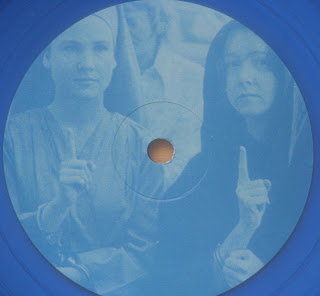 The insert is just a picture of Good and Fromme topless. That's it. No credits, no lyrics, no recording information. The only information about the record at all is on the A side label. 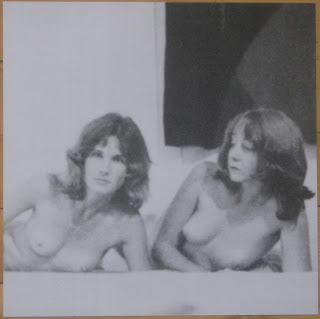 This has Dwid written all over it!

As part of the pre-order package, there is an exclusive Integrity 7" with two songs off their first album For Those Who Fear Tomorrow, "Darkness" and "March of the Damned". This was a major selling point for me. I like exclusives! This was limited to 300. All on black vinyl. 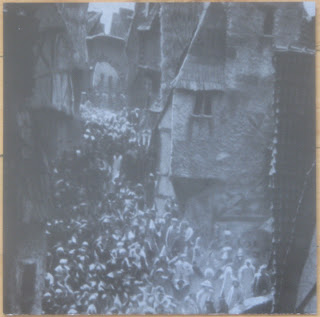 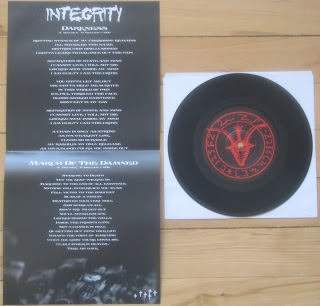 The package also includes the s/t 7" from Seraphim. 500 pressed on grey marble. 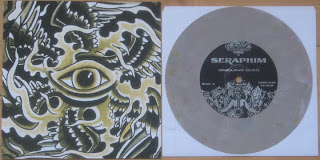 Overall, A389 keeps delivering the goods. Between this and The Ringworm deluxe package, they are right there at the top for overall quality of releases and a feeling that their releases are "special". This package and the Integrity vinyl is completely sold out. Amazing!
Posted by Doug W at 7:32 AM