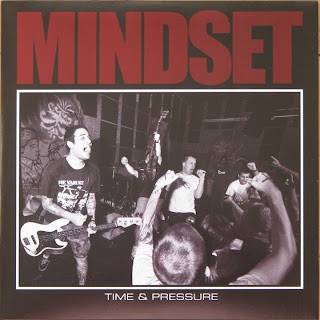 Let the Music Do the Talking.

That's all I could think of when I sat down to write up something about the new Mindset 7". Sometimes there are no words to describe how much you like a record or band. I have been looking for new bands to follow since Have Heart and The First Step broke up. Mindset is right at the top of the list.
"Time and Pressure" isn't going to win Mindset any accolades for originality. That's exactly what I want from them. No frills, tried and true, youth crew hardcore. Period. 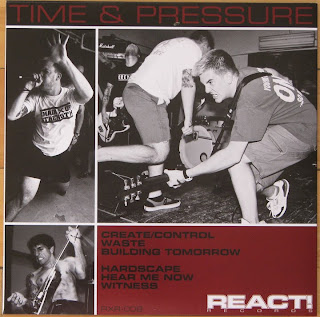 Of course since this was released on React! Records, everything is of the highest quality and pressed in ridiculously low numbers!

White/200. Available only through the React webstore pre-order. For about 3 minutes. (I can see you all nodding) There is no time for snoozing when Aram does a pre-order. 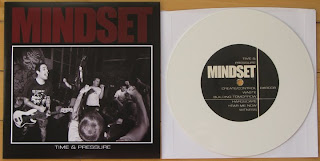 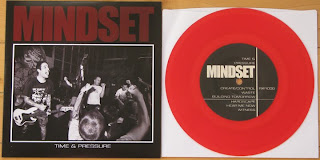 Black/900. That is a higher number than usual for Aram to press, but with the growing popularity of the band and label, these numbers should not have to require a second press like REALPOWER did. Maybe.

Of course there are also a ton of extras thrown in including a beautiful 2 sided insert/lyric sheet, full size color poster, and the usual React goodies. Nice sticker! 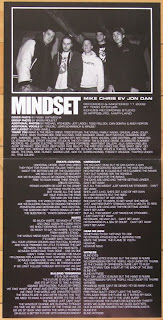 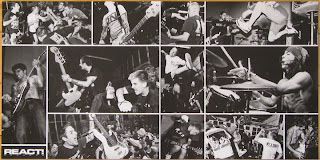 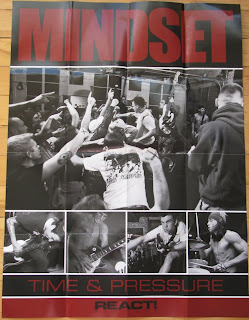 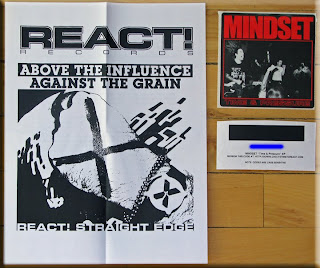 There is a record release press on yellow out there as well as the inevitable React Showcase press that will be happening this weekend. I would love to say I will be there, but that isn't in the cards for this old man. I guess I have some ebay-ing to do.
Posted by Doug W at 9:35 AM