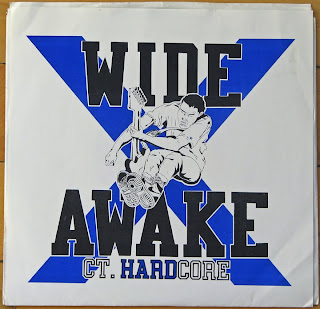 Wide Awake were a ridiculously young straight edge hardcore band whose claim to fame was opening for a lot of the top Rev/Schism bands of the late 80's like Bold and Youth of Today at the legendary Anthrax club in Connecticut. They were a local CT band that became very popular locally and were able to gain the respect and adoration from the scene and the bands they opened for. Unfortunately in the end, that's what they stayed, an opening band.
Still, whatever good fortune they had went all the way to becoming the first (and last) band to have a release on Schism Records that didn't have Porcell in the band. That alone makes them legendary for sxe hardcore record collectors.
I would love to say I had all the variations for this record, but hey, sometimes one is good enough. Especially when it comes to this record.
All pressings of CT Hardcore were on black vinyl. The differences came down to the label and cover. 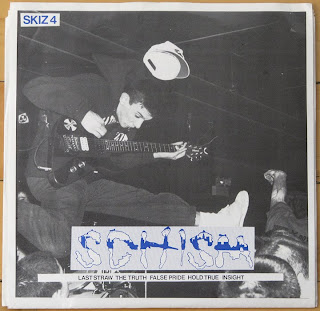 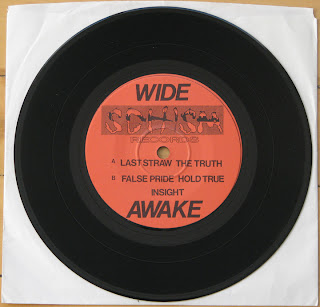 The 2nd press (or 3rd) has a different cover showing Sammy Siegler playing live with a Wide Awake t-shirt on. There were some red label vinyl with this pressing as well as a new silver/grey label as well. The silver and grey labels may be the same label or two different ones. The combinations seem endless. Just get the record. You will be happy. 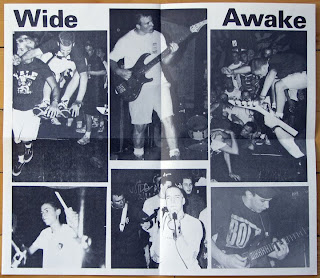 Push comes to shove I would put the first track, "Last Straw" up against anything that came out at the time. The song absolutely rages. Plenty of awesome hooks and breakdowns and captures the spirit of the straight edge revival movement lyrically as well as anything Cappo ever wrote. 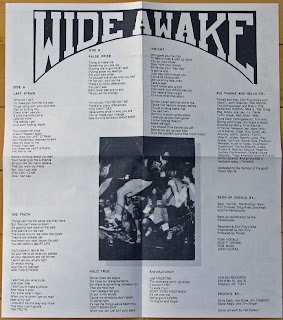