Have Heart - The Things We Carry repress 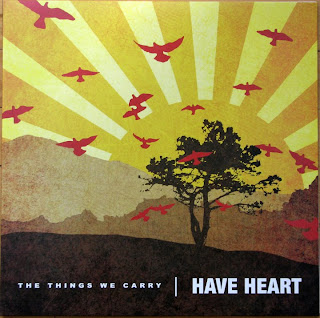 Let's keep the Have Heart party going with the latest repress of their first album, "The Things We Carry".
I think one thing that everyone can agree on is how strong the demand is for this record.
First, second and even third pressings of this lp still sell in the $40-$90 range consistently on ebay. If you want the record release versions you are into the $160 range. That is some serious bucks for a four year old record with 3000 copies already out there.
Well good news for those people (my buddy Geoff) who are looking for one and don't want to pay ebay prices. Bridge Nine decided to repress the record again for a third time. This 4th pressing is on clear red vinyl. As with all their other represses, I'm going to guess 1000 were pressed unless they stepped up the numbers. That wouldn't be a bad idea at all. 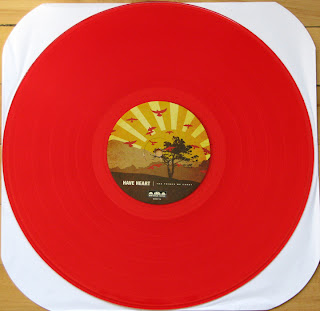 Like the third press on tri-color vinyl, this one comes in the standard sleeve with a full color lyric sheet. 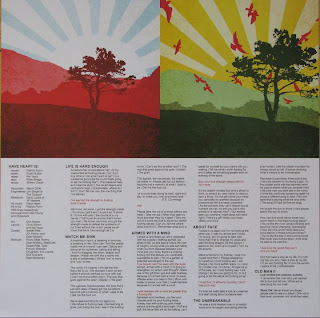 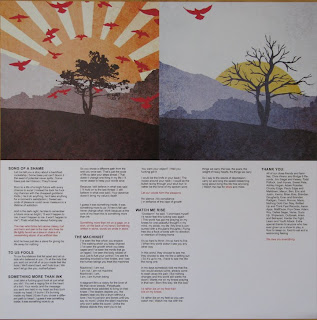 As a bonus, Bridge Nine also announced that 100 alternate records would be pressed on black vinyl and would be randomly sent out with the pre-orders.
With that kind of carrot and the fact that this is one of my favorite records, I had to go for it and order two. You can't win if you don't play! 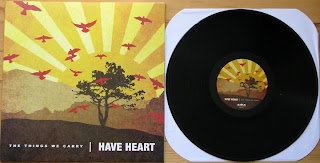 Seriously, black never looked so good. This is like winning the lottery for me. I haven't been this stoked on opening a record in the mail in a long time. In addition, these alternate copies came in the old gatefold sleeves that haven't been used since the 2nd press. Plus, you get a lyric sheet too. 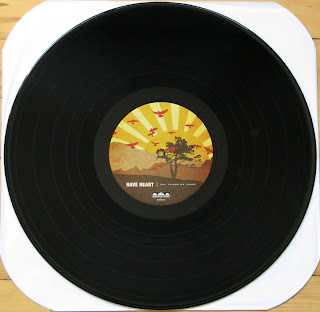 Personally, this record is in my top 5 hardcore albums of all time and "Watch Me Sink" is right there for best song - ever. Check out the the movie "Edge" sometime to see Have Heart absolutely destroy the room playing this song. It is some of the best crowd interaction/reaction ever caught on film. Plus, you get to watch Ray Cappo do yoga. Everyone wins!
Posted by Doug W at 8:28 AM