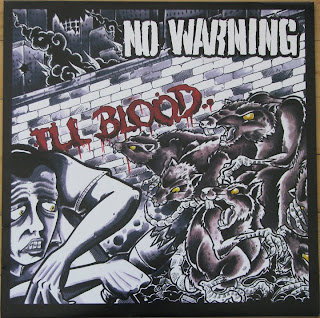 O Canada!
I have been hesitant to do a post on this record, mainly because my collection wasn't up to snuff and at the end of the day, I think we want pictures of the rare stuff to get all of you guys interested in collecting it too. Luckily, I have fixed that. So long overdue is one of the best albums of the 2000's - Ill Blood.
No Warning came out of Toronto, Canada but the way everyone describes them, they might as well have come from the Lower East Side. Straight up NYHC is how most people describe them, linking them with bands like Madball and the Cro-Mags.
I won't deny they bring the mosh and breakdowns, but to me there isn't any tough guy/knucklehead posturing which sets them apart from bands like Blood For Blood and the like. All I know is that this album crushes, the production is loud and heavy, and the vinyl has become one serious collector item.
There was only one press of the record on Bridge Nine back in 2002.
First up is one of the top collectibles in all of hardcore, the infamous Peanut Butter and Jelly press. The pressing plant messed up the brown and red color combo B9 were looking for and sent this instead. The label kept 50 and sent back the rest to be destroyed.
You can own one in the off chance it ever shows up on ebay for a few hundred bucks. Awesome! 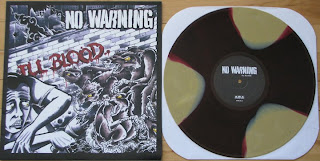 Second is the proper red and brown "shit and blood" version. There were a total of 350 pressed. 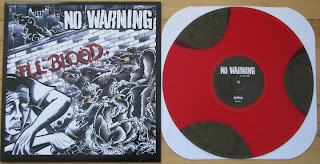 Next is the standard black vinyl. This is the one I owned for a long time and picked up at a local record store for $12. Ah, those were the days. 600 were pressed. 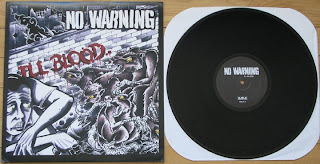 I posted on this one before, the B9 Warehouse Edition. There were both black and red/brown vinyl used for this "press". 141 in total. The vinyl is leftover from the first press and is not a new press. The numbers stay the same. 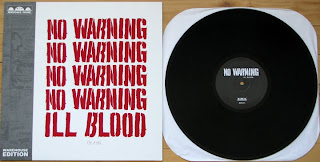 That makes a grand total of 1000 copies of one of the most sought after and loved hardcore albums of a decade. I think a repress is overdue! 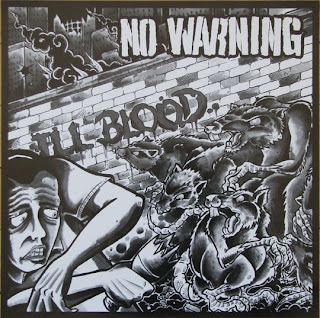 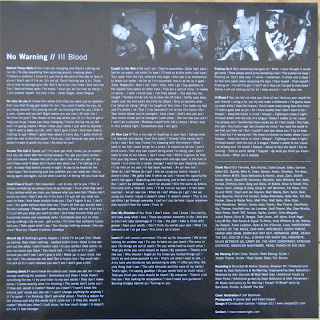 In the meantime, as a collector - I am stoked to finally have all of them (for the most part).
Posted by Doug W at 10:40 AM