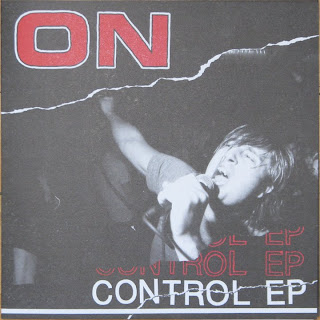 "Control" was On's second 7" after their excellent debut record, "Vital Times". Like Vital Times, Control was self released on Legitimate Bros. I have no idea what is going on with Legitimate Bros these days. They haven't updated their website in close to two years. Maybe things are slow in Vancouver/Seattle. Nah...

The buzz that was created with "Vital Times" increased the demand for this one. I remember checking their myspace page a few times a day after the word of the impending pre-order. No way was I going to miss it!
There were two color options during the pre-order, white and black. No official pressing numbers were ever released, but the accepted pressing numbers are:
350 on White. White was only available during the pre-order. Well, that isn't true but I will get that in a bit. 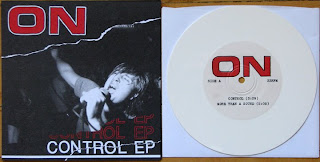 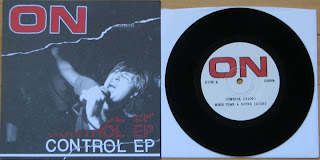 The regular press folded out to show this on the inside. 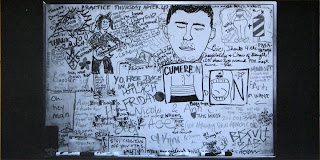 There was also a lyric sheet insert. 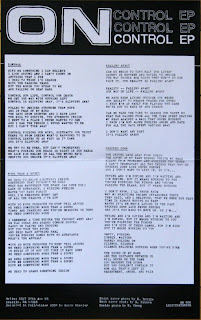 As with their first record, there was a record release press for Control as well. 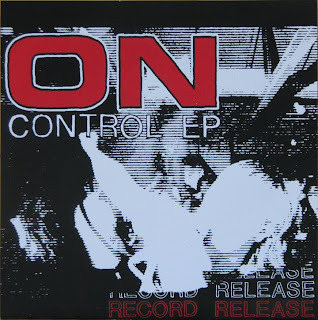 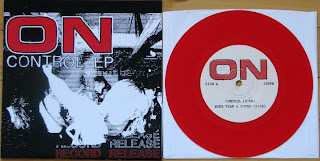 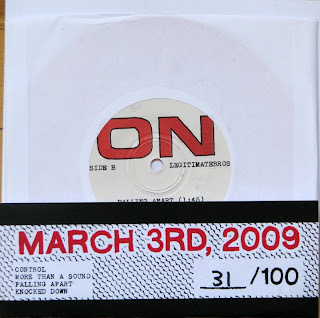 The lyric sheet is a bit different as it has the Record Release date and show at the bottom. 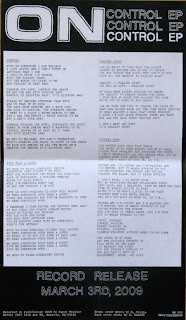 It also included a small flyer for the show. Damn, that would have been an amazing show. 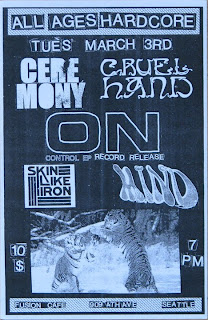 When the record release first started showing up on ebay, the prices were out of control. (Oh hell yeah, pun included! My rapier wit strikes again!)
I just couldn't hang with the bidding that was going on. A couple went for over $60. It's not like they were popping up every day either. Waiting it out seems to have worked as I finally won this a couple weeks ago on ebay from ON's singer Jim Hesketh for $28.

150 of the white vinyl (or additional white vinyl) were dust sleeve stamped "Legitimate Bros" and used for tour. It makes sense if it was additional vinyl as the press would be an even 500 on white.
I don't have it - yet. I am going to wait it out for a bit. I am starting to get the hang of this patience thing. It's kind of fun.