For the last two years, late July brings around "Sound and Fury Regret Season" for me. I grumble about not going, remember the couple I went to and how much fun I had, and then finally I hit the B9 and VC message boards to see what special vinyl was pressed up that I missed out on.
Every year there are those two or three "it" bands at Sound and Fury that everyone (ie. Californians) love and go crazy for. This year it appears was no exception.
The hot ticket items for vinyl this year were from Strife (S&F screened cover), Foundation, The Rival Mob, Trapped Under Ice, and this band - Touche Amore.
This isn't really too much of a surprise, the band has been on a tear since 2009. Hell, 6131 Records are on their 3rd press of the "To the Beat of a Dead Horse" album. The attention and hype isn't unwarranted either. TA are one of the newer wave of bands incorporating straight up hardcore with a heavy influence of 90's emo. Take the emotion and angst of the 1995 Ebullition catalog, combine it with a modern hardcore sound and recording quality, and there you have it. Pure gold to my ears.
Seriously, this band is doing it for me these days. I was such a sucker for this style years ago and I never thought it would come around again.
Touch Amore had three, maybe four, special releases at S&F this year and pressed in numbers totally acceptable for a tour/fest run. 75 and 150 are good numbers as opposed to oh, I don't know, 19. (TUI - I'm looking at you!)
In the couple weeks since S&F the prices for these have gone off the rails. I was lucky enough to get these three off a southern California dude looking to unload on the VC board a couple days after the fest.
First up, the Touche Amore demo. 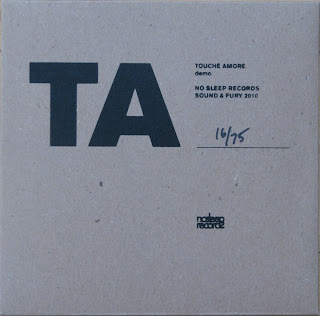 According to the No Sleep website, it looks like they used the clear vinyl from the second press as "A" & "B" are on labels as opposed to the first press "T" & "A". 2nd press is 310 on clear vinyl total. 75 were used for this press. 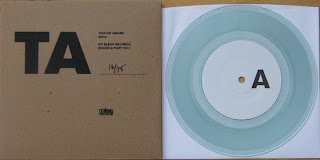 Screened cardboard covers were made up and hand numbered for Sound and Fury. 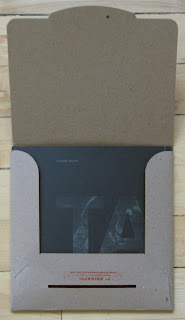 Next, Touche Amore/La Dispute split 7". La Dispute have a bit of the same emo tip going on as well so it is a good match for a split.

The same type cardboard outer sleeves as the demo were printed up. 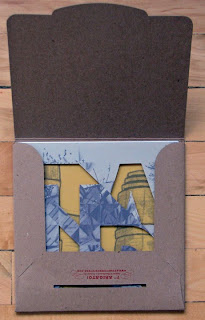 Same deal, handnumbered out of 75. Black vinyl from the first pressing of 1000. 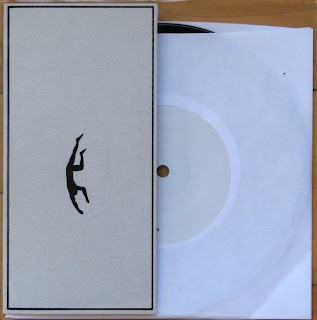 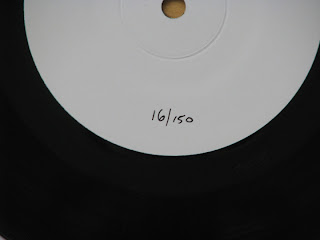 Hand numbered. Foldover 1/4 cover. No info. The pre-order for this record just went up last week at 6131 and Panic so this is cool to have early. 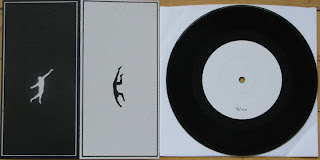 With the match up of these three bands, and the buying frenzy of these records, I wonder if this is the new trend in hardcore? If so, that's cool with me. It has to be better than Attack Attack or Brokencyde or whatever lame ass punk kids are listening to.
Some 15 year old kid would probably laugh at me and tell me I am so fucking out of it for even asking that question.
To that I answer, "Hey, show some respect, I am old enough to be your father."
Fuck, that's depressing.
Posted by Doug W at 12:35 PM