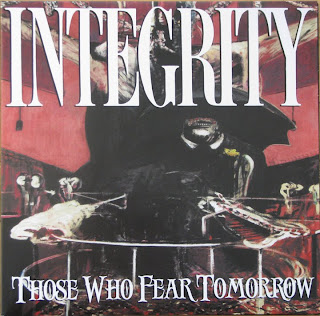 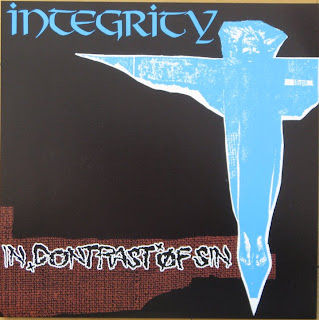 It's not news that Organized Crime Records out of Chicago re-released two classic Integrity records this year, the In Contrast Of Sin 7" and the Those Who Fear Tomorrow lp.
By all counts, the reissue has been a great success as there was obviously a demand for the old stuff that had been out of print for years. Organized Crime are now on their second press and there are no signs this is stopping any time soon.

Myself, I have been hesitant in jumping at the reissues mainly because I already had original copies of both records and I was afraid that this new reissue would be over the top difficult to collect with massive amounts of special covers, colors and variants.
Well, I was right on that count. Test press, rejected tests, release show press, special artist sleeves, pre-order color, and on and on and on.

I hesitated on the pre-order, time passed, limited stuff was long gone and I moved on to the next record. There is always a next record. Or twenty.

So, I even surprised myself when I saw the super limited secret pre-order for an Integrity Halloween package on October 30 and decided to order it. The listing was intriguing. 75 sets total. Items that would only be available exclusively in this package, and a shirt. You couldn't see anything, you didn't know what it was, so you just had to jump at it.

Well a couple weeks later and this is what shows up at my door. 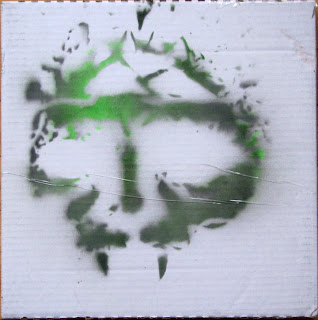 That is a good start. I always appreciate good mailer art!

So the mystery set ended up being glow in the dark color versions of the two records. Not bad. Oh, and a t-shirt. It's pretty good to. I would take a picture, but I am wearing it.

First up, Those Who Fear Tomorrow. 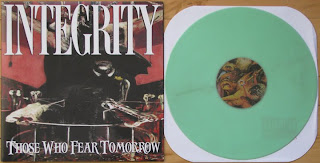 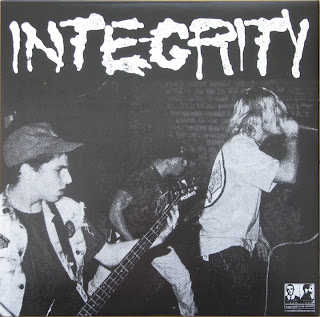 The gatefold art and packaging is top notch. An extra added touch is a stamped dust sleeve for the Halloween set. 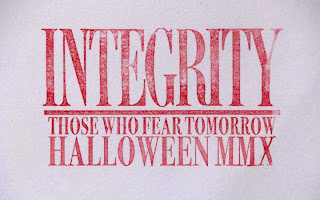 Next up, In Contrast of Sin. 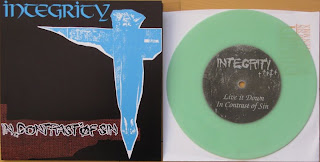 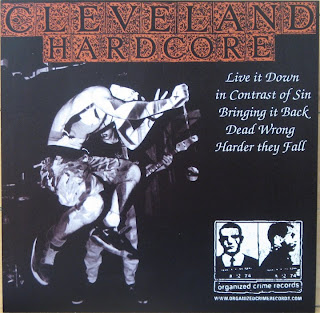 Once again, excellent attention to detail with a double sided cover and great inserts. 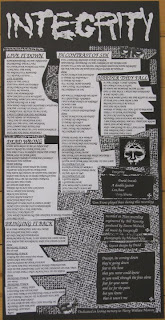 Also a stamped dust sleeve for the record. 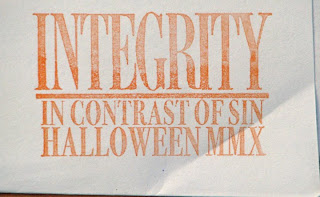 I am glad I have this as the reissue is very well done and the music is great. This is their best stuff outside of Humanity Is The Devil 10" on Victory, oh and maybe System Overload and Seasons In The Size Of Days, but it is great nonetheless. Thankfully, I have no great desire to try to back track and "complete" the rest. This is good enough.

If you are looking for more on this release, check out Marcus' blog. He loves the Integrity collecting!
Posted by Doug W at 9:18 AM