At the height of youth crew straight edge hardcore in 1988, Zero Tolerance were a mainstay and a go to band for opening shows for the big bands on the US east coast. They were, and still are, absolutely revered in the city of Buffalo, in New York state and on the east coast in general.

Case in point, the Terror "Life and Death Demo" Zero Tolerance rip off cover and the New York state based label Reaper Records releasing the ZT cassette tape "Fuel The Fire". Patrick isn't letting this band fade away!
Up until the recent "Fuel the Fire" release, their only record was the "Bad Blood" ep that was released on Hi-Impact Records. As we all know, Hi-Impact released the first Turning Point 7", this and then morphed with Axtion Packed Records into Jade Tree in the early 90's.
Bad Blood is raw. Really raw. It is also aggressive, fast and a bit mean. I like it. 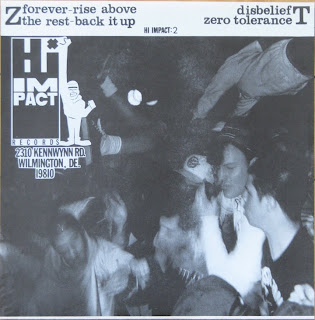 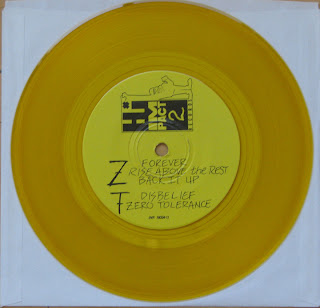 The remaining 900 were pressed on black vinyl. There are also 100 of those with Fall Brawl sleeves. I have never seen one but if anyone is willing to part with one, hit me up. 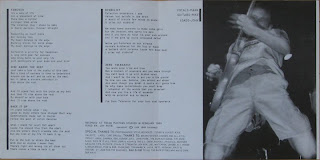 One thing I find so disrespectful is the laziness of new lame bands that can't spend 5 minutes on Google to maybe see if their awesome band name hasn't been taken. I mean - Zero Tolerance, that is a great name! You think you came up with that all on your own in 2010?

There are no less than five Zero Tolerance bands on myspace. They range from party time rock and roll, to metal, to a southern fried rock Lynyrd Skynyrd cover band. Get a fucking grip.

Maybe I care about this stuff too much.
Posted by Doug W at 8:34 AM