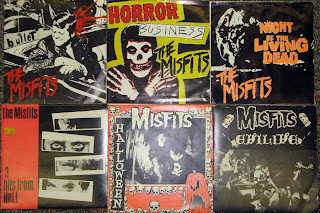 Quietly I have been able to (kind of) finish off a Misfits 7" collection I started about six months ago. I posted earlier about some of my Misfits 7" finds here, here and here.

Well, I picked up a couple more records along the way and finally finished it off last week with the arrival of "Bullet" on red vinyl in the mail.
It's amazing what being patient will do. There have been a couple Bullet seven inches on ebay with outrageous "Buy It Now" prices that an impulsive person (ie. me) may jump at just to have them. Luckily, I was able to score one for way under half the amount by sacrificing a lyric sheet that may or may not have come with it in the first place.
That's the thing. If you are willing to forgo a Fiend Club flyer or lyric sheet you can seriously save a LOT of money and end up with a near mint condition record. Not a bad trade off.
Here's the rundown:
Bullet - 2nd press. Plan 9 Records.
Red vinyl out of 2000 pressed. Most of the second press did not come with a lyric sheet. Those that did may have been photocopies. 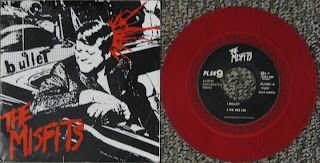 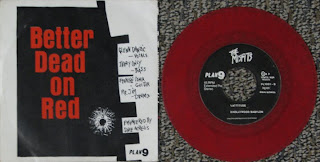 Horror Business. Plan 9 Records.
Yellow vinyl out of 2000. One pressing. 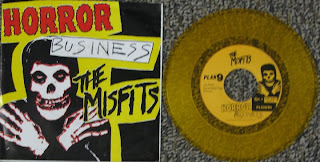 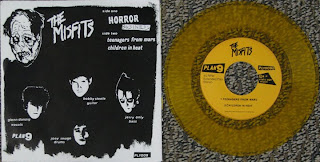 Comes with insert card describing the recording at a haunted house. Yeah, ok. 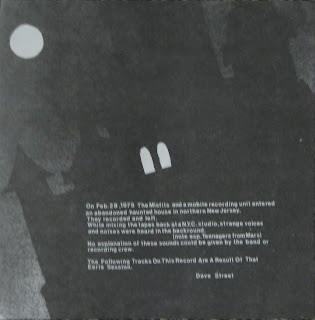 Night Of The Living Dead. Plan 9 Records.Black vinyl out of 2000. One pressing. 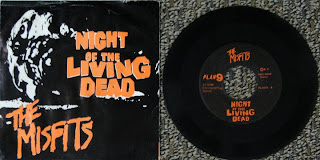 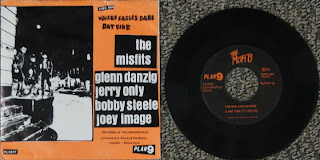 Insert was a Fiend Club ad. Mine is missing. I guess someone actually used it. That's cool!

3 Hits From Hell. Plan 9 Records.
Black vinyl, grey labels out of 3000 pressed. 6000+ over four pressings. Seems high. With that many I should see them everywhere. 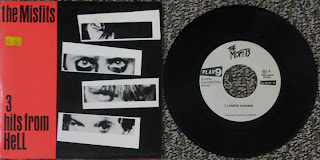 Insert is a different style Fiend Club ad. Mine is a definite photocopy. 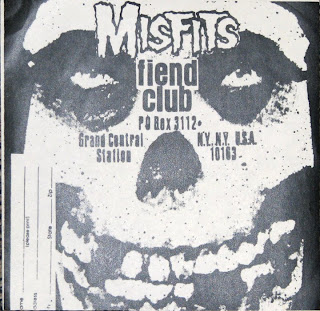 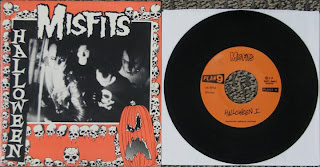 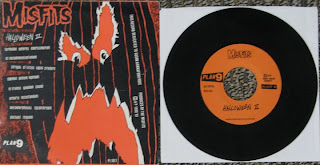 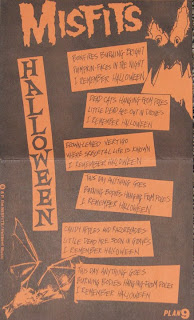 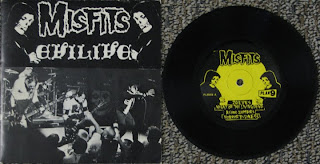 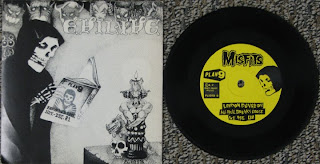 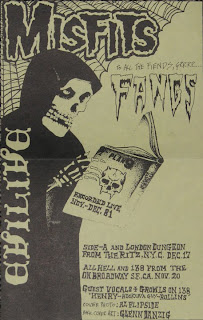 I know you are thinking, "Dude, you are missing one. Maybe two. One of them kind of a big deal at that."
I know.
The thing is, I just don't want it.

The Misfits first seven inch was "She : Cough/Cool" released on Blank Records. There were only 500 pressed and the thing is worth thousands of dollars now. It has also been bootlegged so damn much, it's just disheartening to start trying to find a legit copy online.
I was doing some research getting ready to track one down, and it hit me - I don't want it. I would take it if someone handed it to me, but I am not willing to spend any money on it. Plus I think the record is weak. Danzig tickling the ivories. The payoff just isn't there for the cost.
Oh yeah, some people call "Who Killed Marilyn?" a Misfits single, but I still think of it as a Danzig solo record. The first of many. Oh yeah, go pick up "Deth Red Sabaoth". It is a true return to form...and that form is the DEVIL!
Posted by Doug W at 9:01 AM