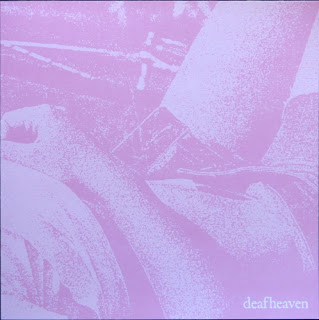 Anyone who checks out the Deathwish website will know that with the signing of the hottest new band of the hour, Deafheaven, Deathwish repressed two of the songs off their self released four song demo tape on to a bonus 7" that is not available for sale.
The only way to get one is to order something from the Deathwish e-store and roll the dice you get one thrown in. Kind of like the Cold World 7" from a few years back. 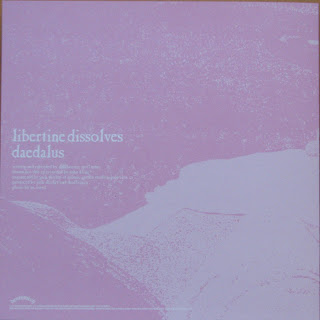 Well, as it turns out there were 1000 of these pressed so I don't know how many people won't get one. I saw that the New Lows lp went up for sale and figured it was worth a shot. I'm glad I did.

Deafheaven are primarily an experimental black metal band from San Francisco played by guys who don't wear corpse paint or run through the forest worshiping Odin or Satan.
To me they sound a lot like Leviathan or early Ulver but without the mystical folk influences or the overtly satanic mean edge.
They have been described as having some 90's screamo elements like Orchid. Sure I guess, but 90% of the time it sounds like amazing straight up atmospheric black metal. I haven't loved a black metal recording like this since the first time I heard Darkthrone's "Transilvanian Hunger".

The fact is, I was praying I would get this record. The Deafheaven demo was my favorite recording of 2010, and now this record is by default my favorite of the short year so far. I have a hard time seeing how anything will top it.

Like I said before, 1000 pressed in total, all on black vinyl with blank black labels. 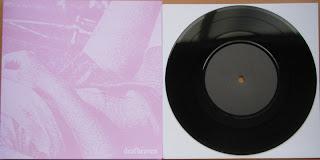 Go check out their demo which can be found online for download very easily. Try bandcamp or Deathwish. If you can find the original tape, grab that and then sell it to me. That would work too.
Posted by Doug W at 3:57 PM