Verse - From Anger And Rage 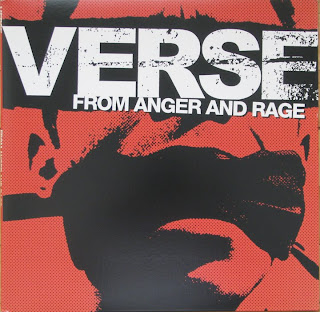 This sentiment is pretty much how I have felt the last two months with record collecting.
This shit has gone sideways on me.
Why the fuck do I bother with this shit? Sometimes I think I should go back to hockey cards.

So - "From Anger and Rage" is blasting on the stereo as I type this up. This album is bottled up aggression in 25 awesome, awe inspiring minutes. I feel better now.

This was Verse's second full length and was released on Rivalry Records at the height of both the band and label's popularity. Vinyl colors, packaging, and artwork are all amazing. This was perfection for record collecting back in 2006/07.

First press. Friends press. 1/2 brown, 1/2 green out of 110. I wrote about this one before. Still my favorite of the entire run. 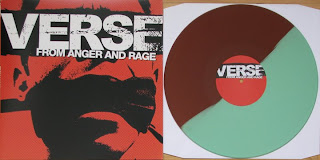 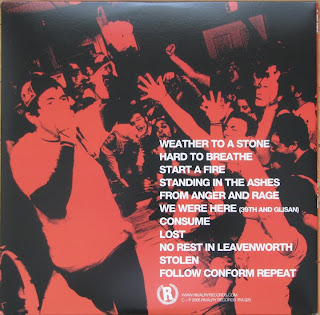 First press. Red/Yellow swirl vinyl out of 270. This was the pre-order color from Rivalry mail order. 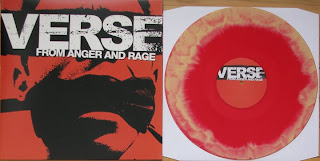 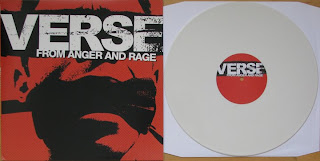 Here is where things get a little wonky.

Record release cover out of 108. Covers were spray painted with the date of the record release show. The vinyl used was the regular first press white vinyl for most of them (around 80 of the 108). The rest of the 108 (roughly 28) used 2nd press Red/White nuclear pattern vinyl. There were a total of 305 on that color. 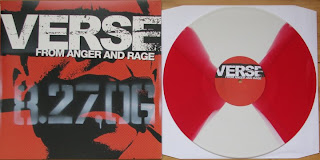 The inner sleeves were stamped and numbered.

There was a second press on white that is identical to the first except for a "II" on the b side label a la Bridge Nine releases. There were a total of 720 pressed.

110 of the second press white vinyl was used for the Sound and Fury 2007 press. Covers were spray painted gold on the front, inside and back. 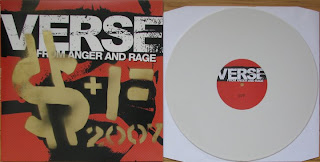 "A" side labels were also numbered. 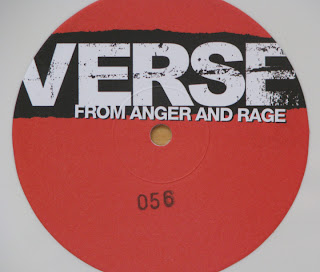 Verse were so good at Sound & Fury in 2007. Bridge Nine just released a 7" of three songs from their set as part of their 2010 Mystery Box sale they had a couple months back. I would love to post about it, but that is one of the missing records I am dealing with. F*CK!!!!