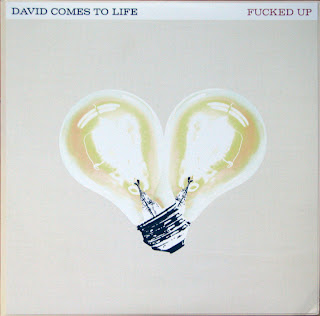 I was pretty surprised yesterday to see I actually received a package in the mail. It's been pretty dry these days.
As 99.99% of you probably don't know (or care), Canada is in the middle of a postal strike. The carrier union started by having rotating strikes through the major cities and then Canada Post shut them out all together when they realized how much the rotating strike was costing them.
The federal government has now gotten involved by introducing back to work legislation but it might not pass before their summer vacation starts. It's a mess. This could be the last post for a long time.
Most Canadians couldn't care less about this strike as they consider the entire mail system outdated. People hate junk mail, pay their bills online, and no one sends letters anymore. But for me - this sucks. I want my fucking records!

So it was very cool to see a package waiting for me on the front step when I got home. Ahhh UPS. Thank you private international parcel delivery!

On to the matter at hand. The fact that Fucked Up released their new indulgent, long, over the top musical, show tune or whatever, double lp is not news. Hell, four local record stores in town all have them in stock. 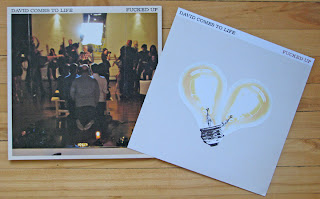 What I was really excited about was the online offer to get four bonus 7"s if you ordered the album through Matador with that Buy Early Get Now deal. 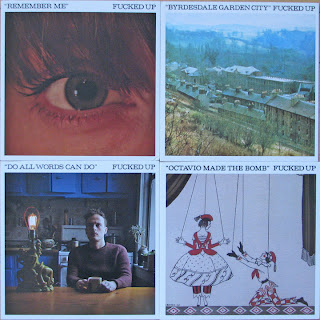 Now, I already have 27 different Fucked Up 7"s. I guess you could call it a collection. In the time it has taken me to collect them all, not one was the same experience. Some were dead easy to buy and some were an absolute pain in the ass. You never know with this band whether each release will be limited to a record release show or if you can find them in your local store 10 deep.

So when the opportunity to get these came up with an expensive online deal, I took it. I will let you know if it was a good idea in a couple months if I find them in Walmart.

"Remember Me" b/w "What They Didn't Know" 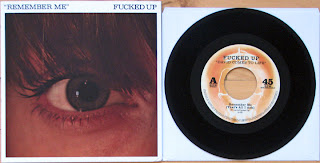 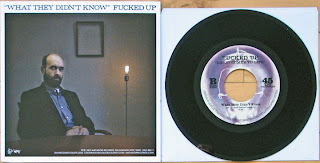 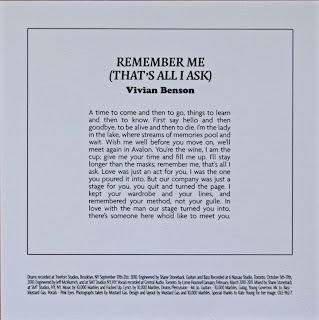 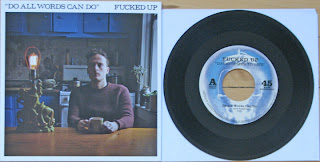 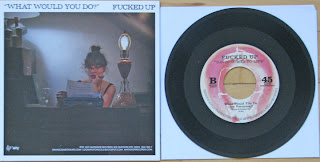 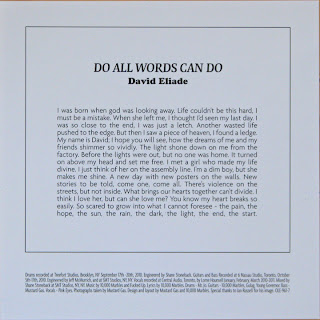 "Octavio Made The Bomb" This is a one sided 7". 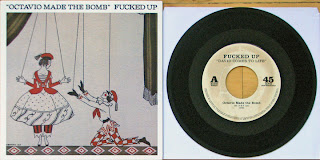 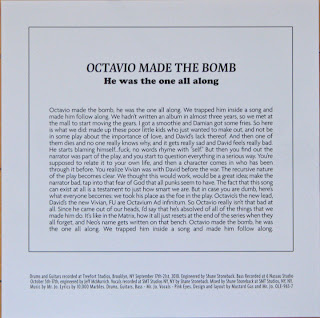 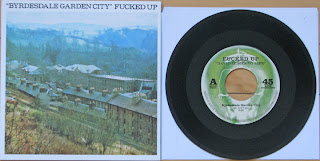 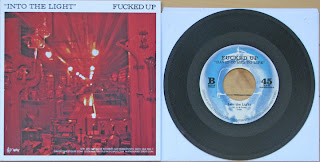 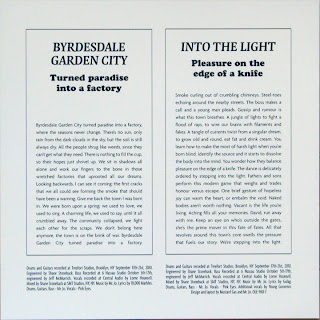 As with the songs on the album, these 7" tunes exist to fill out or move the whole "David" story along. I think that is what kind of bugs me about this whole Fucked Up "musical" in general. The music seems like background noise to Damian's vocals which solely move the story along, They don't really compliment the music at all.
Oh, and it's long. Really, really long. It takes everything I have to make it from beginning to end. I still don't really know what it's about either...
Posted by Doug W at 8:07 AM