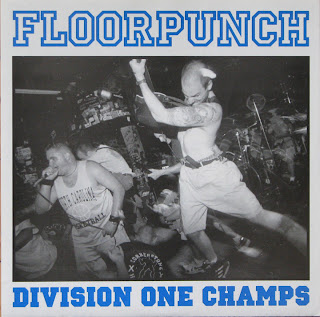 Floorpunch - Division One Champs 7" was the one record in my collection that was seriously coming up short. The record of course is considered a classic in hardcore; not only for the music and the time it was released, but in collecting circles as well. There were a ton of different presses, colors, and special tour/show covers. All of them rare, expensive and in high demand.

For years, maybe even a decade, I only had one copy. So what better time than the last couple years to start chipping away at this? What's the saying, "Buy low, sell high?". Yeah, I kind of fucked that up. 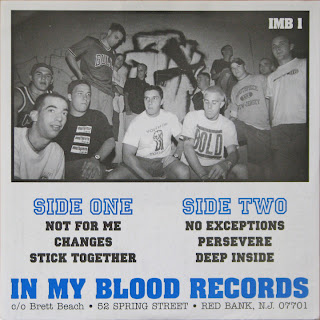 Thanks to ebay, trades and private deals with monster collectors (Seb, Aram, Kyle Whitlow, Dave Byrd, etc.) last month I finally finished it. Well, as far as I am going to go anyways.
There are a couple weird variations missing like one with a mosher stamp or one with no labels, but for the most part this is it. 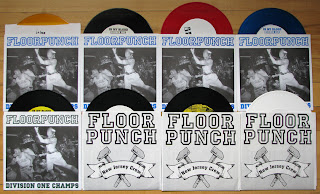 First up, the crown jewel and by far the toughest and most expensive. Clear Gold out of 88. I wrote all about this one here. 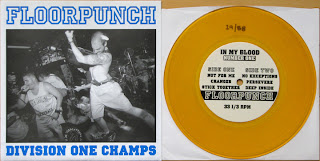 Next, First press on black vinyl. 900 pressed in total. This is the one version I had for years. 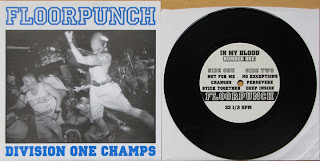 Second press. Clear Red vinyl with white blank labels. 202 pressed. 200 of them have a single "In My Blood Records" sticker on one side and is hand numbered on the flip side.
The two extras have no labels. Dobek has one. Go check it out. 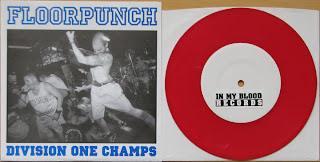 Second press. Blue vinyl. 800 pressed. You can see they changed the color of the lettering on the label to blue as well. 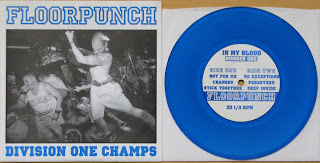 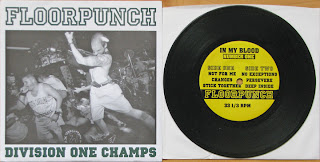 Now we start in with the Judge rip off New Jersey Crew cover that was used for the rest of the pressings. 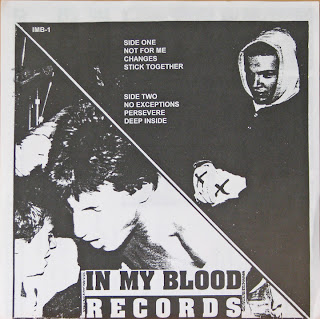 Third press. Black vinyl. 75 "pressed" for a couple of east coast shows. Inside of the cover was stamped and numbered. 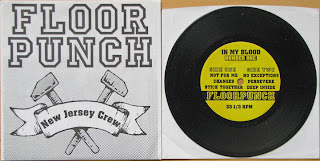 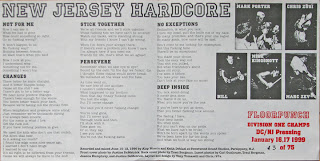 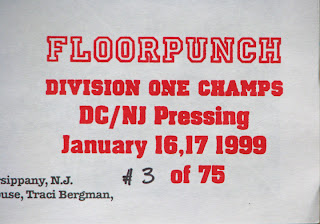 Fourth press. Black vinyl with white blank labels. 300 pressed for European tour. Stamped and numbered on the inside cover. 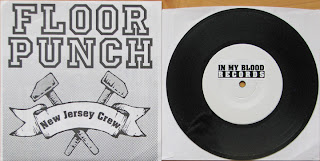 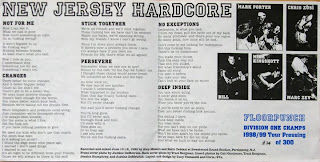 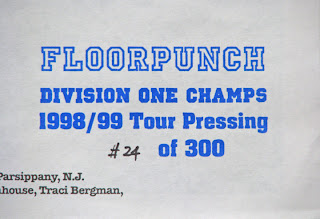 Fifth and final press. White vinyl. 100 pressed. Stamped and numbered on the inside cover. 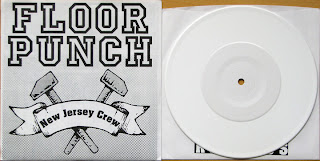 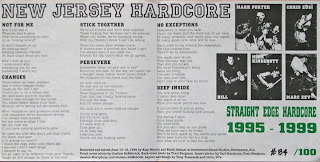 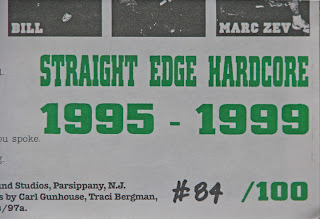