Crumbsuckers - Beast On My Back 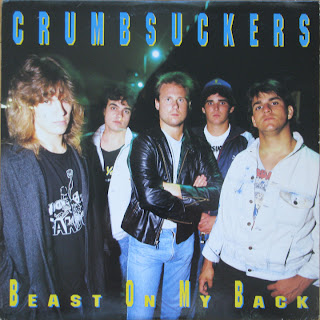 Well, I'm back from my one week family vacation and a one week vacation from the computer. I think I liked both equally. Very liberating. I guess it's time to get back at it.
I'm not sure why but as I found myself driving through Glacier National Park looking at mountains, wildlife and well - glaciers, I had the Crumbsuckers going through my head. Not even the acknowledged good album either. Nope, I had B.O.M.B. on repeat in my brain. 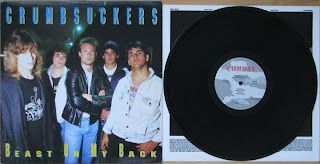 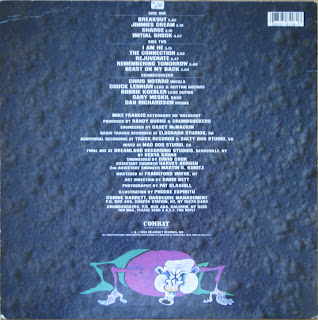 Beast On My Back (or just B.O.M.B) was a VERY polarizing album. Hardcore kids and crossover freaks (like me) pretty much checked out on the band with this album for being too slow and too metal with too many solos. The song writing was pretty weak too.
Still, I cut this album a lot of slack for one reason, Chris Notaro's vocals. Notaro is one of my favorite singers - period. Growing up playing in bands, I always wanted to sound like him and fell way short of the mark. Dude's voice rules.

As far as vinyl goes, the album was released on Combat which I always considered cool. Combat would advertize in thrash magazines and is how I initially got turned on to Agnostic Front. All good.
The record was pressed on black vinyl and I assume a shit load of it. The record is not hard to come by at all. 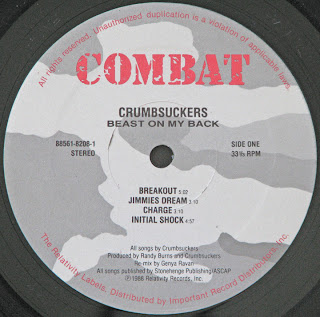 Most importantly, just look at these guys. You wonder why crossover was a strange time. The metal head rhythm section ended up as Pro-Pain. A band I hate to this day. Notaro is rocking the Canadian tuxedo (double denim) and they even had a serious poodle head too. LOVE IT!!!! 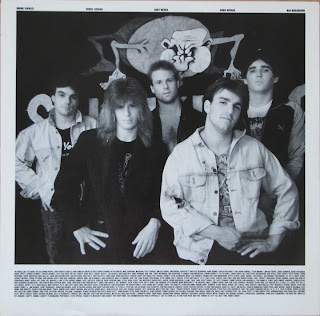 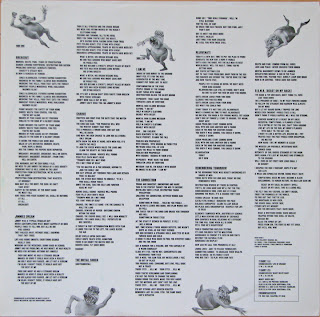 For those of you that buried this record away years ago, pull it out and check out the third song "Charge" from the 1:50 - 2:13 mark. Brilliant. It still sends shivers up my back!