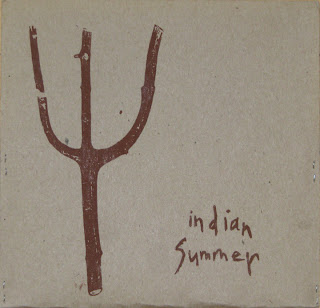 Yesterday I saw my first yellow leaf on the trees in the park. Fall is coming, summer is almost over. Here in Calgary this means snow and cold is about six weeks away. I am bummed out.

So what do I do when fall comes and I feel down? Why, it's time for some emo.

As a young man in the mid 1990's, I witnessed hardcore making a turn. Some would say it went right off the road. All I know is that shit changed. A lot. I'm not talking Revolution Summer and the seeds of the new sound. I am talking about the Mac truck that hit you square in the face that said we weren't in Kansas anymore Toto.

Youth of Today ended and Shelter began. Rev was releasing records by Gameface and Into Another and Farside. Everyone was "growing" and expanding their sound and at the same time also getting in touch with their feelings. Political correctness took on a life of its own. Anyone still playing straight up hardcore were considered sub-human, knuckle dragging neanderthals.

I bought right in. I ditched NYHC and crossover, rejected "punk" as juvenile and dove headfirst into a world of cardigan sweaters, fake black rimmed glasses and emoting. Musically, leading the way for me was Indian Summer. 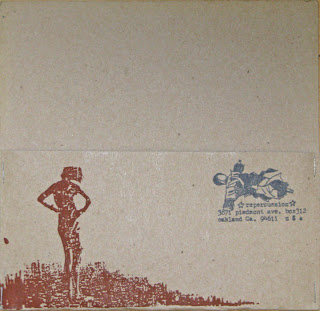 Indian Summer and other bands of their ilk on Repercussion Records rewrote the book completely on record collecting. Black vinyl only. Variations were primarily by accident with second pressings. Screened paper bags for covers. No song titles. Recording quality similar to that of a boom box in the corner on a well used Maxell cassette tape.

Musically, it was the standard emo/screamo formula of the time. Low-fi, minimal melodic quiet parts, soft/loud/soft song structure, with a singer emoting a ton of anguish. Indian Summer distinguished themselves from the other 20 bands doing the same thing by having scratchy Bessie Smith blues records playing in the background.

I could try to tell you that my favorite emo song of all time is on this record, but I couldn't tell you what it is called. I read a while back that none of Indian Summer's songs had titles and that outsiders are the ones who titled them. All I know is that I like the one that says "I am the angry son." I thought it was called Angry Son but I was told later that it wasn't. Whatever. 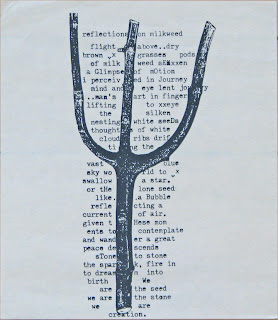 This was a fun trip down memory lane. I think I will keep it for a couple weeks. Let me know if there are any records you want covered. Next up, Inkwell.