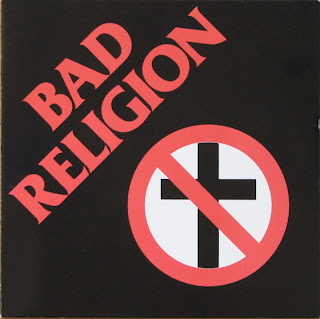 The big knock against Bad Religion has always been that every album sounds the same. There is so little in the way of differentiating the sound, vibe, or feel between songs and albums that there is no real point in having anything past "Generator". Some cynical folks would go even further back and say "Suffer".
I can't say I disagree with that logic. I checked out on collecting their albums after "Stranger Than Fiction". Not only did all their records sound the same, the song writing was deteriorating pretty badly by that time. I haven't heard a song past "Grey Race". I don't feel like I'm missing much.

One thing you can't dispute though is how good their early stuff is. (I even have a soft spot for "Into The Unknown".) I was a huge fan of the "80-85" compilation cd when it came out and made it my mission to finally grow a pair and buy the elusive and very expensive s/t 7".

They didn't show up often back in 2006 when I got mine, so I was happy, but mostly relieved, I finally won an auction without getting outbid at the last second.
The copy I got has the original outer bag with the sticker "New Six Song E.P." and a price tag for $3.49. Yeah I wish. 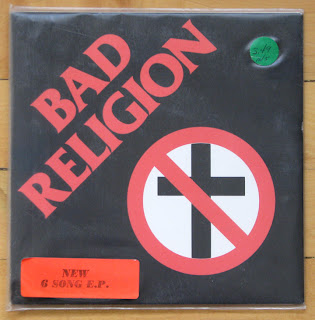 The cover is a foldout and is really oddly shaped. Very tall and won't fit in regular plastic outer sleeves. 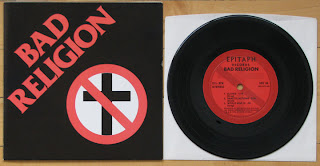 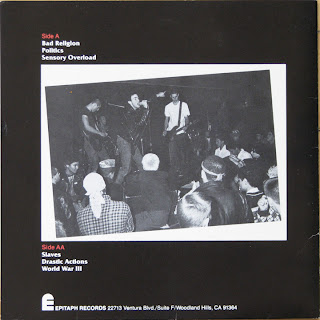 Early copies of the 7" you will notice have the original Epitaph address of Woodland Hills, California.

The cover folds out like a gatefold with pictures and credits inside. This can be unfolded again to reveal an all white back as this entire cover was a folded one sided print job. Like I said, weird. 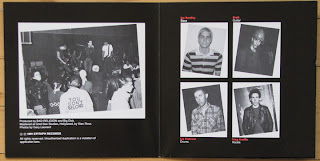 As far as vinyl goes, black only. There are a couple different numbers out there for pressing details, I guess it all depends on what you believe. 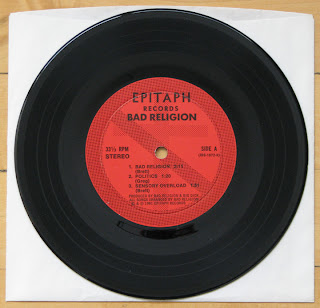 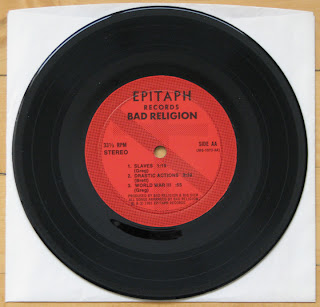 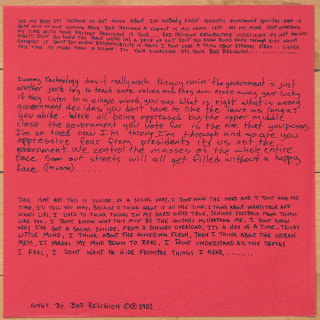 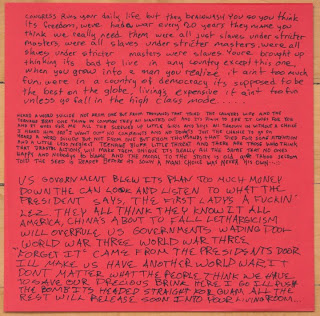 Of course after I finally scored one, Epitaph reissued it a couple years ago for some Record Store Day. They went all out and made it very close to the original. Too close. They had it right down to the off size cover, labels and insert. The only tells were of course colored vinyl (red and white to go along with black) and the Epitaph address change. I can't recall but they may have even kept the same original matrix etchings. Bastards!
Posted by Doug W at 8:42 AM