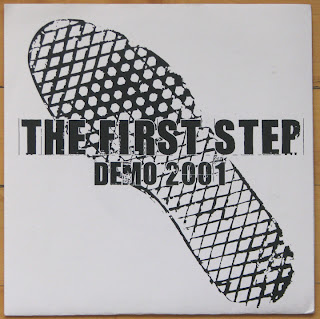 Two and a half years into this blog and I just realized I haven't made a single The First Step post. That's just wrong. I'm not sure how that happened since they were one of my favorite bands of the last decade.
One of the records I turn to regularly is their Demo 2001 7" released on Livewire Records. The songs are raw as fuck and I probably like "What We Know" and "Open Hearts And Clear Minds" a lot more, but there is something really down to earth, sincere, and cool about this record.

The pressing numbers on this sucker are downright offensive! To see where this band went and the number of people that they touched with their music and lyrics, to only have the small numbers of these records available seems criminal.
On the other side of the coin, I like that the number pressed reflected the stature of the band at the time when they were just starting out. Those who got it, got it. It almost seems like a piece of history, not blemished by mass production after the point to cash in.
Ah, what do I know? 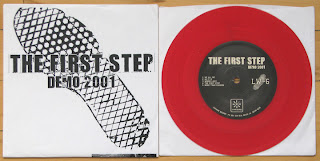 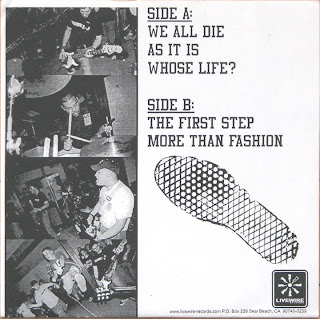 The record came with a two sided black and white lyric sheet insert and also a sticker which was the basis for the artwork for the What We Know Sessions 7" on Bottled Up Records. Pretty cool. 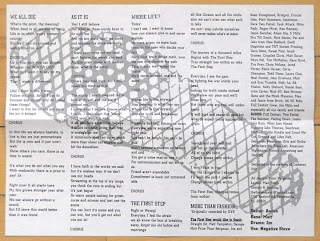 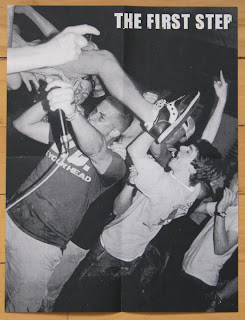 The sticker. I would LOVE to put this on my family station wagon, but I think the sticker means more to me than my Mazda 5. 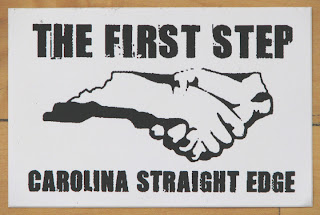 Second press. Blue vinyl out of a "limited" number of 100. What, the first press of 200 was flooding the market? 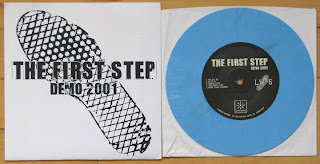 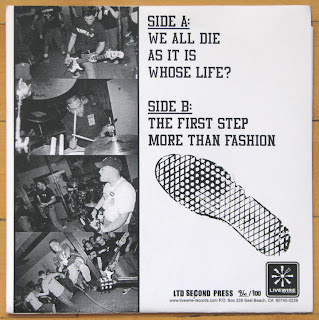 They changed the cover slightly by adding the Ltd Second Press text on the back. They are also hand numbered.

I was also able in the past few years to pick up a super limited press that was done for the Posi Numbers Fest in 2002. 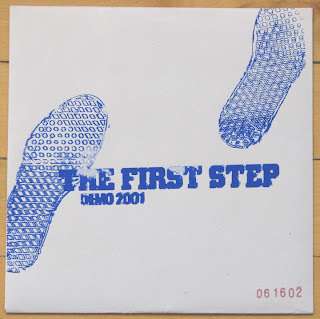 I really like the variation on the cover. The date was machine stamped on the bottom right as you can see. They also hand numbered them on the back cover. 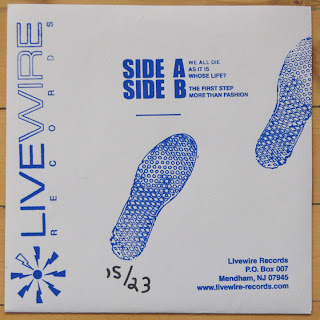 23 were printed with blue ink on the cover for the most popular fest of the time. See a pattern here? I have number 15. 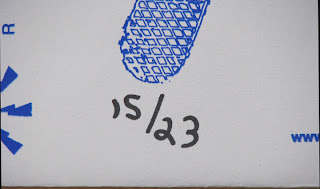 They used the red vinyl from the first press. 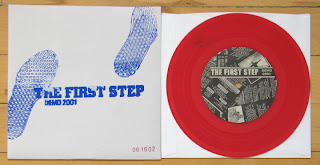 There was a second cover for the same fest using red ink out of 25. I would love to get that one some day. But you know, it's out of 25.
There is also a black vinyl pressing out of 100 that was used for a west coast tour that I have never been able to track down. Maybe someday. If anyone has a line on it, let me know.
Posted by Doug W at 8:31 AM