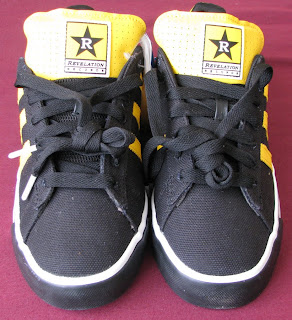 Last year around this time, I posted about the new Revelation Records compilation album, "Past Present". You can find it here. Some liked it, some didn't. People felt the original songs really didn't need covering as they were still very much part of their lives.
Yeah, that pretty much describes Rev fans.

As part of the release, Revelation hooked up with Adidas to produce 150 pairs of shoes that would be given to bands who participated in the compilation. A few pairs were set aside for a promotion contest or draw and the rest I assume went to Rev employees or insiders. 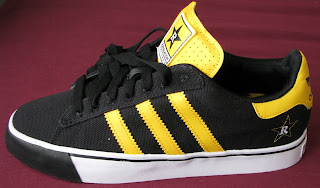 What I thought was a pretty cool idea at the time went over like a lead balloon. Message board and blog comments were for the most part negative, vicious and furious. "Ugly, lame, pretentious, elitist, a cheap cash grab". Basically, everything that is wrong with hardcore was heaped on a pair of shoes. 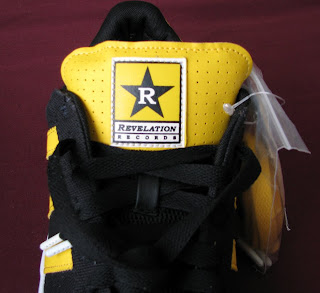 One thing the detractors had going for them was the fact that of the 150 pairs that were made, somewhere around 149 of them went up on ebay. That doesn't exactly give you the warm and fuzzies about the scene. Some of the dollar figures that the shoes went for on ebay didn't help either. $400 - $650 for shoes is pretty sick. 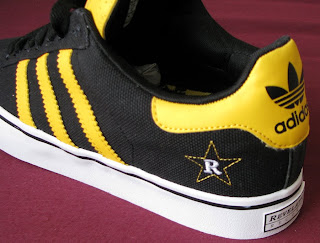 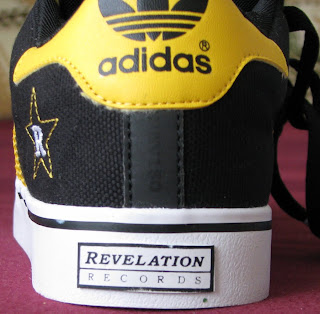 It seems that time has helped calm down some of those negative feelings. The selling frenzy definitely calmed down, and prices dropped with it.
I was able to score a pair a couple months ago for a very reasonable price. I think it might have something to do with the fact I have feet the size of a dwarf. 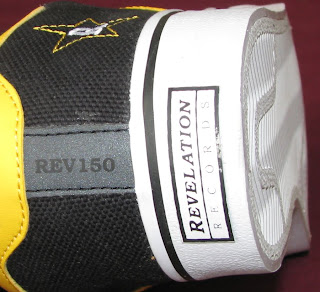 By far the coolest part of the shoes are the insoles. Literally a roll call of legendary hardcore bands... and Iceburn. 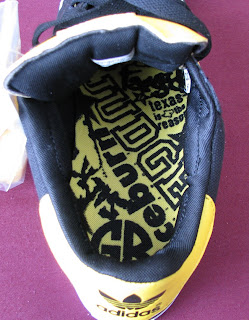 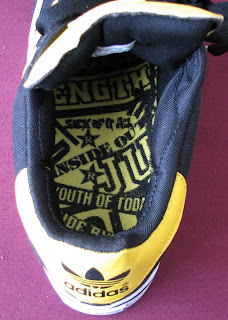 Needless to say I got a pair of a brand new, unworn shoes complete with extra laces and original box. Yellow laces won't be happening anytime soon. 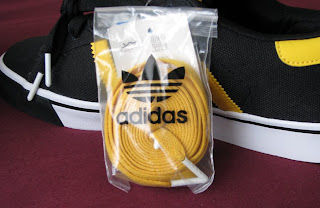 Now it's time to put the shoes away on the top shelf of my closet right next to my three pairs of hi-top Iron Maiden Vans and my other pair of hi-top Gorilla Biscuits Vans. Never to be worn or looked at again.
That's how I roll.
Posted by Doug W at 3:30 PM