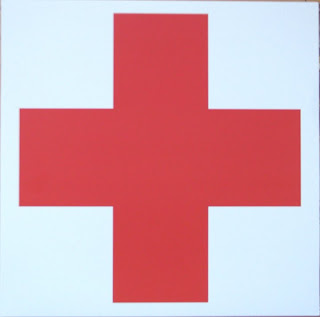 I hope everyone had a good Christmas. Got what you wanted? Ate a lot? Visited with family? Fought with family? Good.
Let's get to it.

For at least a year in the Triple B Records discography webpage there was a listing for the Bane - Give Blood reissue/repress. Just a small text listing with question marks referring to when it would released, what colors they would be on and how many would be pressed. Good enough for me!
I waited patiently for the pre-order, checking message boards and twitter regularly. Finally the day came and I ordered within 5 minutes of it going up. Done and done.

The holiday season rolls around and these showed up on Christmas Eve. Merry Christmas to me.

The first thing you notice about these records are the change in cover art, embossed gatefold sleeve, huge insert booklet and all around bad ass-ness of the record. I was a big fan of the original that was released on Equal Vision and was hoping it wouldn't be too different or at least made reference to the original. I was not disappointed.

Here's the vinyl breakdown.
First up, red with white splatter out of 200. This is the most limited color of the entire pressing. It is long gone. 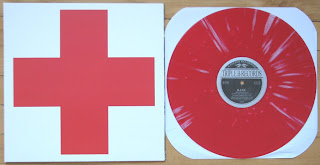 Here is the inside of the gatefold cover and back cover. 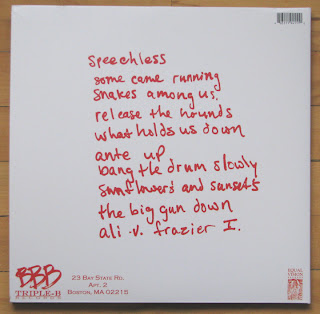 The next color from BBB was white out of 400. 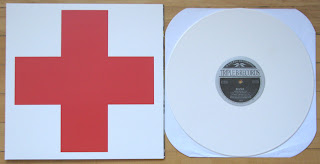 Last up is black out of 1000. That is a lot of records! Funny enough, I think black is my favorite color of the bunch. Say hello to my new play copy. 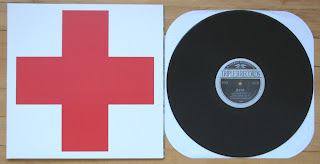 Sometime after the Triple B pre-order, Equal Vision put up their exclusive color. Equal Vision was given 400 to sell in exchange for the licensing rights to reissue/repress the album. Everyone wins!
Red out of 400. 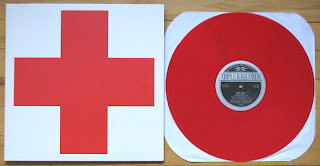 The record comes with this amazing full size booklet. The front has a clever kind of repro of the original Give Blood cover and in total includes a lot of pictures, lyrics, etc. Very nice! 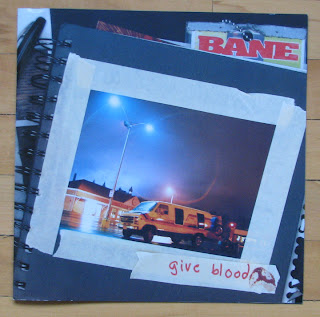 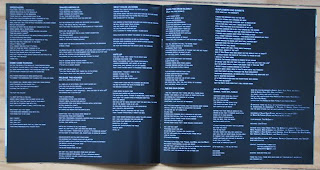 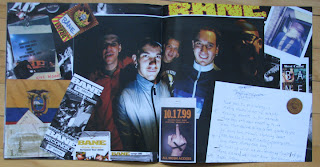 Surprisingly enough, everything except the splatter color is still available from Equal Vision and Triple B. Definitely worth picking up, especially if you don't have the album from the first time around.
Damn, this album is good.
Posted by Doug W at 5:50 PM