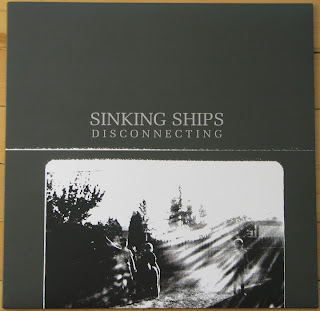 Maybe it was the sheer number of records I was buying a few years ago, but I really missed the boat on how awesome Sinking Ships was as a band.
While they have a number of really good 7"s, for me nothing beats their "Disconnecting" album. Funny thing is, it took listening to it on my ipod years later for me to realize it.

I bought the album from Revelation when it came out. I already had the "Meridian" 7 inch and thought it was good. Their main claim to fame I guess was that the singer was brothers with the singer from Champion. I love Champion, this is out on Rev...must be good. Unfortunately, I ordered it back when I used to make large Rev orders. I would order 5-10 records at a time, listen once and file.
That just isn't cool. I should have known better!

This album is straight up modern hardcore with lots of layers and a real emotional/melancholy feel. Full of great hooks and Danny's voice tops it off as a perfect fit for what is going on musically. I hope in time it gets the attention and respect it deserves as one of the best records of the era.

As far as collecting goes, I initially ended up with the opaque green press. Once I discovered how much I loved this album, I started tracking down the rest.

First up is Blue/99. This is the rarest and hardest to come by. I ended up buying this directly from the singer Danny Hesketh. Sometimes you have to go to the souce to get things done. Also, he never gouged me like this one goes on ebay. Very cool score and very limited when it comes to Revelation pressings.

Next is my aforementioned first copy, opaque green/317. 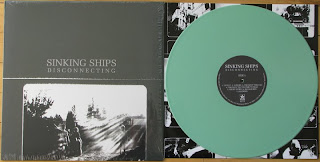 Next is clear/609. This was the most common color out of the first press and the last one for me to pick up. I bought it off Aram in one of my big purchases from him. Got a good deal as it really isn't rare or anything.

There is an identical second and third press on clear green that is readily available out there. I haven't bothered to pick it up yet, but I'm sure I will sometime. I see it is still available at RevHq, so maybe next week now that I have it in mind.
There is also a record release and Euro tour press on half green/half clear with black splatter. I have missed out on those a couple times, but I will get there.