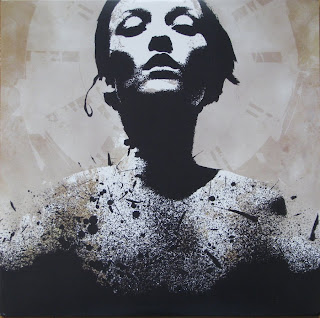 I can safely say, I have never seen anything like the kind of buzz and excitement that was generated when the word a couple years ago was that Converge's "Jane Doe" lp was going to be repressed by Deathwish. Message boards went crazy with the news. People were refreshing the Deathwish webstore a full YEAR before it went up.

Jane Doe was originally pressed by Equal Vision in numbers obviously too low for the steady demand over the years. After market prices for all four of the original colors range from $300 for the rarest orange/red split tour press and clear press, down to $80-$100 for the regular issue black vinyl.

Finally, kids would be able to get their hands on this amazing album without having to break the bank.

After a few false starts, on April 1, 2010 pre-orders went up for the album. The funny thing is a lot of people on the VC message board in particular felt it was a April Fools Day joke and were unsure if it was really happening. Well, it did. There were a couple more unfortunate manufacturing delays but in the end the album was finally released and out into the hands of vinyl collectors.

First up is the Deathwish webstore presses. Three colors were announced with a fourth friends/band/label color.

First up, red/gold swirl out of 150. This is the "secret" color that wasn't announced. Almost every label does this and is a great perk for collectors. Word is that only a handful of these were released in pre-order packages and that the large majority of them are with the label, band and friends. I got lucky. 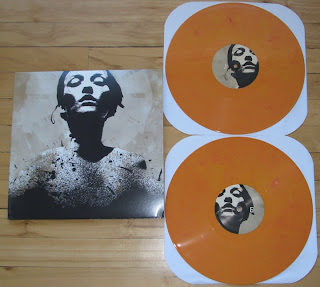 Close up you can see the red swirl pattern. Also, the color is solid as opposed to the clear gold. 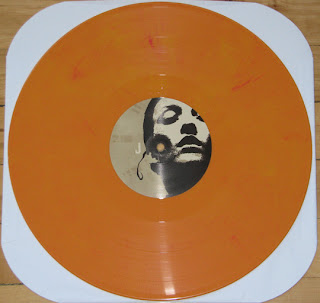 Next up, clear gold out of 440. This is the rarest of the regular issue colors and looking at the demand of this album, people are lucky if they got one. 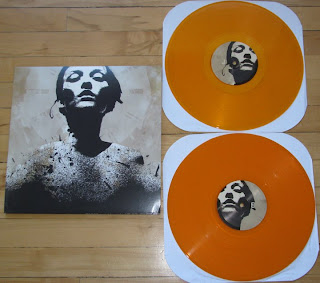 Here is a comparison of the red/gold and clear gold. The lighting in my house sucks so hopefully you get the idea. 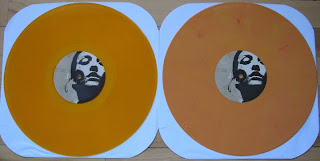 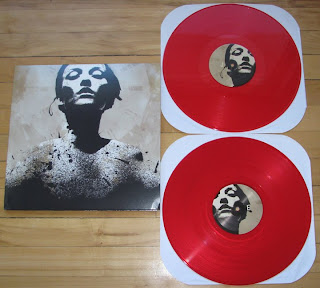 Finally, 2000 on white. It's crazy to think this 1st press is sold out already. 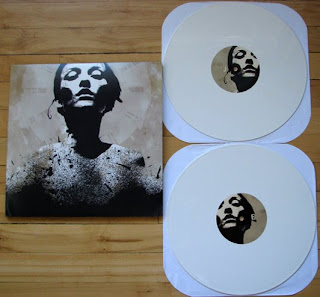 Outside of Deathwish, you could also get the record through Kings Road Merch. They had an exclusive color available that was supposed to be sold by the band on tour, but due to the manufacturing delays, it wasn't ready and they sold them through here.
Gold/white swirl out of 550. 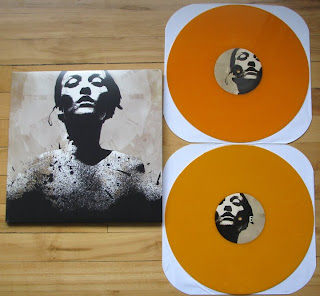 Finally, there was an exclusive color for Equal Vision, who this was licensed through, that you could order through their webstore.
Clear green out of 560. 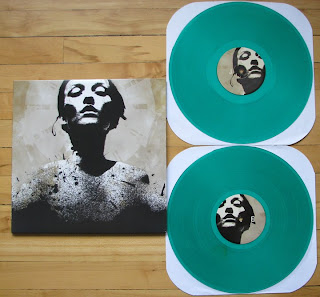 All versions came with a very large multi-page booklet. This thing has to be seen to be believed. 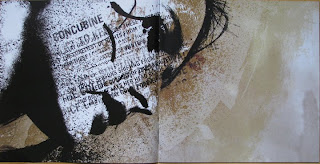 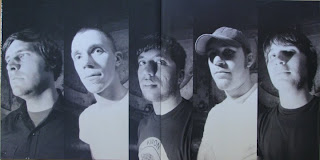 After how long it took from rumor to final product, I have to say it was well worth the wait. Amazing.
Posted by Doug W at 9:17 AM