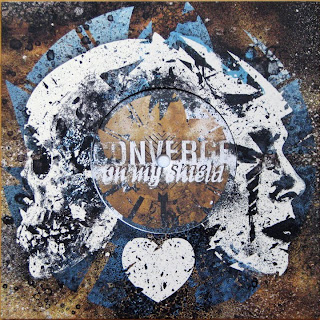 The fine folks at Deathwish sure don't make it easy on us completionists. This latest record from Converge is a prime example.

First things first, I think this release is awesome. A one sided, one new song release that is as much a piece of art as it is music. I haven't seen a package like this since Mastodon's Crystal Skull 7". 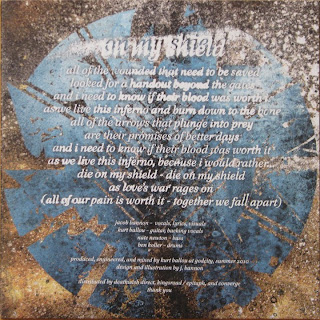 I also loved that it came without much waiting. There was no pre-order or months of anticipation.
The deal was there would be three versions of the single, each out of 1000 copies. One would be a European tour exclusive, one would be available on the Converge web store and one would be available from retailers. This was a very cool plan, except for guys like me who want them all!

First up, the 2010 European tour single. This is on a beer/amber color. 1000 pressed. The b-side is a laser etched design with the Converge symbol. 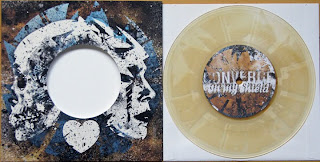 I actually saw online that Converge would be playing London with Rot In Hell. I knew Marcus was not the biggest Converge fan, but loved all things Holy Terror and might go to the show for Rot In Hell. I emailed him to pick one up for me. Unfortunately, there is a 8 hour time difference and he was already at the show when I sent the email. I ended up buying one off his friend who bought an extra one. Let's just say there was no "friend of a friend" discount!

Next up is the solid black and white inside out version that was only available on the Kings Road Converge web store. Also 1000 pressed. This went up at the same time as the exclusive Jane Doe color so it was an easy buy. 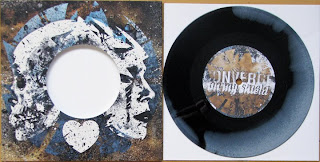 Lastly, we have the green retail version. This I picked up from my tried and true RevHq distro that I have been buying from for over a decade. I got this and about 9 other records that I couldn't be bothered to get multiple copies from the labels on pre-order. You just can't get them all... 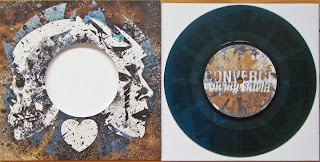 This is a better view that it actually is green. 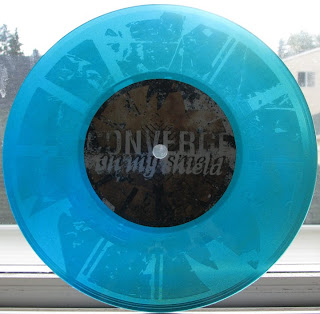 All in all, another awesome record. I might have to start calling this the Converge record collecting blog as I seem to cover them more than any other band. What can I say, I have good taste.
Posted by Doug W at 2:44 PM