New York City Hardcore : The Way It Is comp 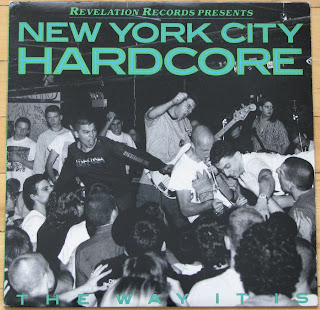 Some of my early exposure to hardcore was by way of metal. Growing up in Calgary, metal was the easy way to gravitate towards heavy or aggressive music. We had the Much Music Power Hour, Circus and Hit Parader magazine in corner stores, and we had big bands tour Canada quite often like Iron Maiden, Dio and Judas Priest.
Every once in a while something would sneak in that was just different enough to turn my head, one was the crossover scene and another was NYHC.

I picked up the cassette of "The Way It Is" at one of the Calgary's only import record stores. I had high hopes of hearing all these bands I had heard of , but rarely heard. I ripped the cellophane off, popped the tape into my yellow Sports Walkman.
I hated it.
The songs were under produced, way too raw with the worst production I had ever heard.
Hey, cut me some slack, my metal ears had a hard time adjusting. Damn 10 minutes earlier I was listening to Holy Diver!

Anyway, the tape stuck around and eventually I bought the lp. And yes, more and more exposure to hardcore led to me appreciating the sound too. Searching For The Light was and still is a monster. 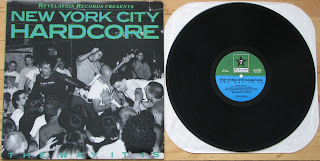 This is the first press of the record. You can tell from the distinct two color labels they used early on. Later presses would have a different solid color label. 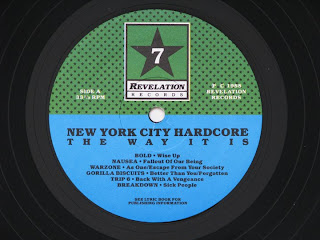 The best part of the record besides the all star lineup and songs was the awesome full size booklet that came with the first press. I decided to scan the whole thing and post it. So awesome. 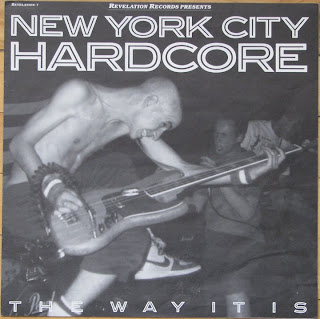 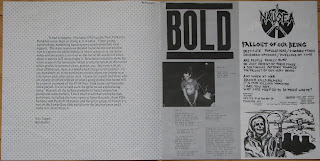 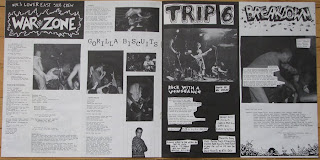 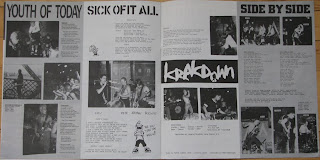 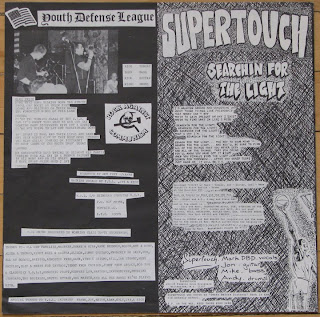 Of course the bands on the comp would pretty much become the who's who of hardcore and spawn a million bands after them. Well except Youth Defense League. That Blue Pride shit always came across as white power to me.
This record still holds a lot of memories for me. I even still have the cassette.
Posted by Doug W at 7:13 PM