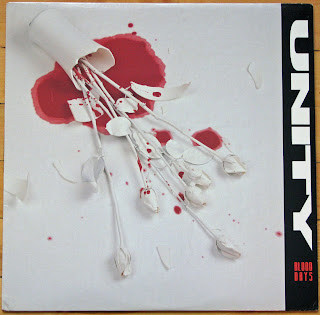 If you look around at the various hardcore blogs and message boards there is a definite split in the opinion of the Pat Dubar/Pat Longrie bands and their second records. Namely, Uniform Choice - "Staring Into The Sun" and this one, Unity - "Blood Days". 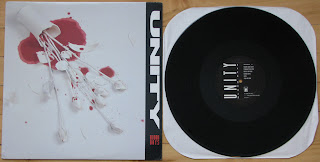 I can see back in 1988/89 with the amount of legendary straight edge releases like Bold - Speak Out, Youth of Today - We're Not In This Alone and the first Gorilla Biscuits 7" that Unity - Blood Days would have been a shock, especially considering the previous records both Uniform Choice and Unity released, Screaming for Change and You Are One respectively.
I mean, wow - just look at that back cover! 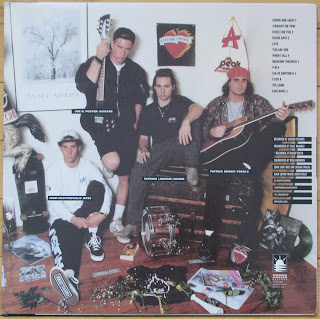 The change in look and also music, heading towards a more "modern" sound soured a lot of people to the band. The drastic change from straight up fast positive youth crew hardcore to slower, surf tinged, reverb heavy rock was too much for a lot of people. 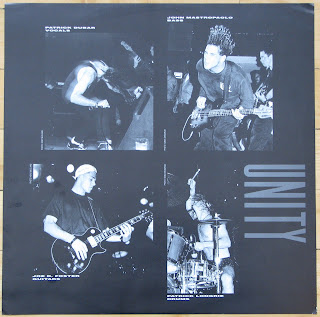 As far as I am concerned I just look at it as an extension of what was going on at the time. To me the biggest influence in popular music from 1988 to 1990 was Jane's Addiction. No one lives in a bubble, and that band ruled alternative music and influenced as many bands as Nirvana. The release of "Nothing Shocking" in 1988 was as groundbreaking as "Nevermind" a couple of years later, especially to musicians. 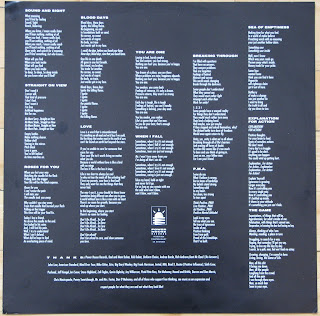 Blood Days was released on Powerhouse Records, yet another Pat Dubar label. Not sure why it wasn't just put out on Wishingwell since he owned that with Pat Longrie. It wasn't like they were trying to bury their past as the back cover is littered with strategically placed UC and Unity records. Regardless, this album contains re-recordings of all the songs off "You Are One" as well as six new songs. The recording has a lot of effects on the music, I guess going for a more timely or modern sound.

Since UC's Region of Ice is one of my favorite song, and I am a fan of Apology and "Change Today?" era TSOL, I'm more than fine with this lp.
Posted by Doug W at 8:32 AM