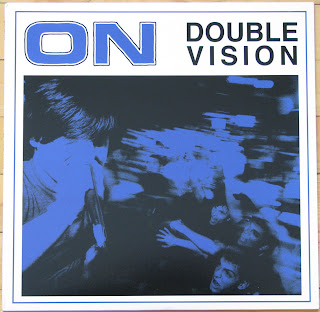 I realize that others in the record collecting blog world have touched on this record (Hey Mike!), but I figured I took all these damn pictures, I might as well post them.

Everyone is well aware of the band and the record by now. Seattle "supergroup" (lame tag-this ain't Steely Dan) made up of members of Champion, Go It Alone and Blue Monday. They self released two amazing 7 inches, "Vital Times" and "Control". Both go out of print immediately and are highly sought after collectors items, especially as their buzz grows.
A couple months later they have two of the more prolific hardcore labels out there, React! and Reaper Records, jointly re-release the two records as a single full length called "Double Vision". I think that is it in a nutshell.

Of course, this blog is about the vinyl, and this package is again of a top notch quality that we have come to expect with Aram and React! Records. It's the little things, you know?

Here we go:
250 pressed on white as the React! exclusive color. Sold out almost immediately through pre-orders. 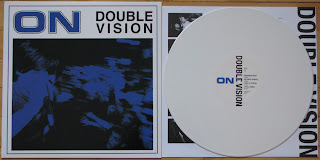 250 pressed on grey as the Reaper exclusive color. Also long gone and was only available through web pre-orders. I remeber it was supposed to be a different color (clear maybe?) but this is what we got. 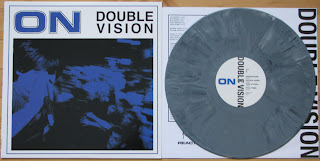 Both labels had the "regular" issue black vinyl available as well. This was out of 350. 100 pressed more than the exclusive colors is not much, and it is sold out now too.

Of course, there were plenty of goodies included with the records as well. As a staple with React releases, there was a very cool screened cardboard mailer insert, stickers, 90's Ebullition-esque flyer, and the always important download card. 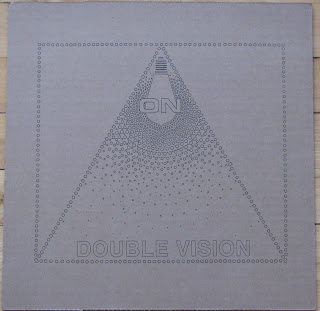 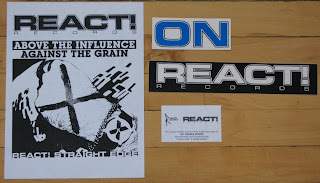 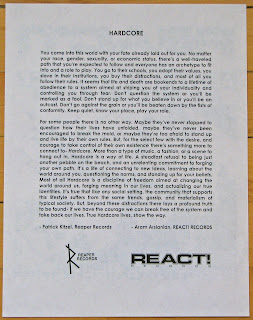 As is usually the case these days, you also have to have some cool limited tour vinyl as well.

150 clear blue were pressed and was available at the 2009 Sound and Fury festival. 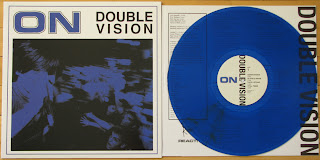 As you can see in the picture, there is a noticeable black streak through the vinyl. 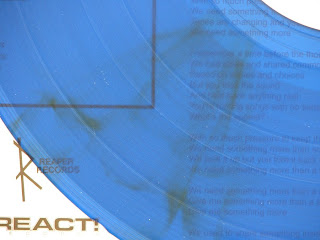 Now before we get all excited for a "transition" press, Aram told me directly that this will not be the case. There may be as few as 10 out there, but they were not caught early, nor were they identified or stamped like the Right Idea - "Our World" transition press. Good for you if you have one, but that is about it. Saying all that, I'm glad I have one!

ON were also preparing for a Euro tour this summer and the records were not ready. So what to do? Why make an "Emergency Edition" of course! Black vinyl out of 130. 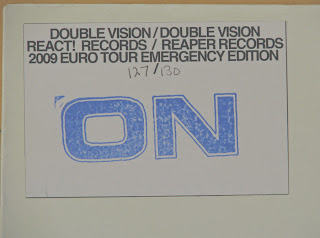 Powered Records also did a press for the before mentioned European tour. Pre-orders went up in June for a July release. Plenty of time right? Well, obviously there is an "Emergency Edition", so no. After many delays, these came out last month. Turned out great anyway. 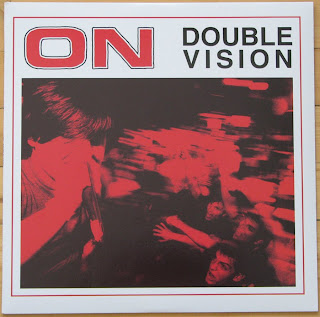 150 stamped pre-orders were made on red vinyl. 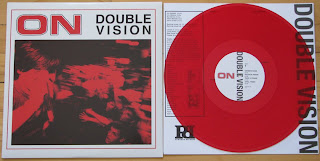 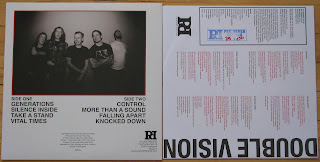 In addition, Powered also pressed red vinyl out of 50 (I'm guessing 200 red were pressed and this is the leftover from the 150 pre-order), 200 on white and 600 on black. I have them coming, but I think I have posted enough pictures of this record!

Powered also had a couple cool inserts including a glossy promo band shot (?) and a small apology card explaining the delays. 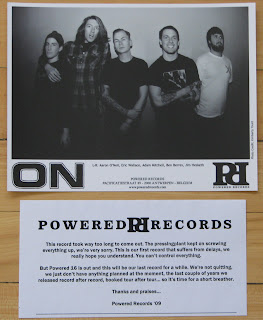 All in all, a very well put together record from three separate labels. That is a hell of a lot of output!
Posted by Doug W at 8:21 AM