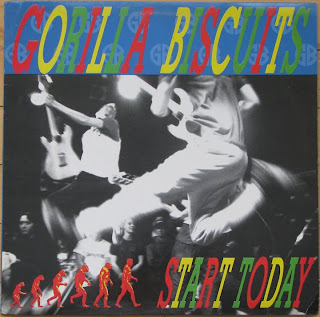 For reasons unknown, it has taken me forever to finally get this record. I have been actively chasing it for years and it has always eluded me on ebay or in a private sale. I always either get outbid at the last second, I forget that the auction is ending, or someone wants way too much money for it.
So as part of the three record Sammy Seigler deal I made, I finally picked up Start Today on purple.
It's not like it is rare, as there are 1000 of these on purple vinyl as part of the first press. There were also 4977 black vinyl copies made in the first press. All the first press come with embossed covers.
Many more large pressings followed, all on black vinyl and without the embossed covers. There is also the small "final press" from 2002 on red, but let's save that for later.

Come to think of it, that is a hell of a lot of records for one hardcore band. Of course, this is one of the best albums of the era and still holds up. 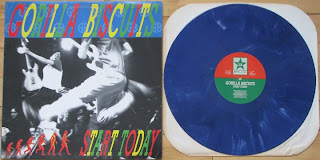 One thing that struck me when I finally got it was how much white streaking there is in the vinyl. The only other purple copy I have ever seen was, well - purple.
I asked the always reliable Marcus Andrews from The Endless Quest blog on what he knew about it. It turns out just about all of them have some white in them to differing degrees. Of course, he had to bust my balls asking if I was going all "transitional press" on him. For an English guy, dude is pretty funny. Must be a Commonwealth thing. 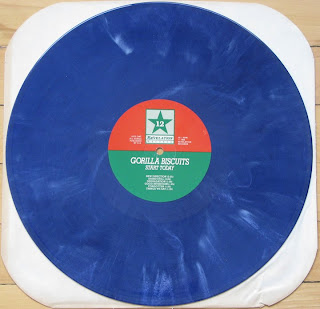