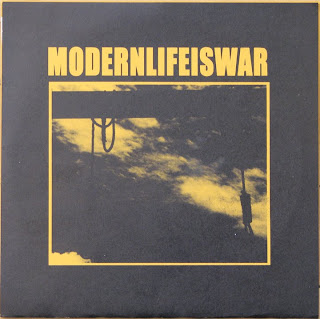 I have been on the hunt for this one for a very long time. My quest for the MLIW self titled 7" complete collection has been ongoing for years. This was quite an elusive one to track down.

I had my buddy Shawn asking Joe from Lifeline if he had any extra, I had not one but two private B9 board deals fall through as the sellers wanted upwards of $100 for it. Uh, no thanks. I even tried convincing Shawn that he really didn't need his and that he should just give it up. Yeah, that didn't work either.
As it turns out I won it off ebay a couple weeks ago. Four bidders total, and I got it for $26. Sometimes it pays to be patient. But not often.

Other than the friends press of the 1st press on Modern Life Is War Records, I think I have them all now. As it stands this is my 10th version of this record.
I guess I saved the best for next to last because this is simply beautiful. 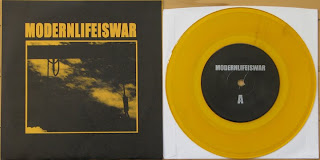 This is part of the 5th pressing of this record. 150 pressed on yellow exclusively for the Japanese tour. 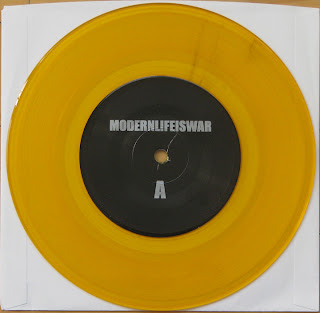 They also made an obi strip listing the dates and locations of the shows. It's the little things, the attention to detail, that matters. Obi strips rule. Very metal. 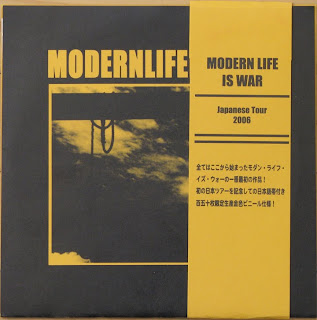 The cover also has the translations of the songs into Japanese which is hella cool! 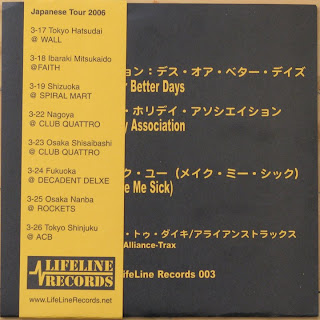