Chain of Strength - What Holds Us Apart (Chain Crew) 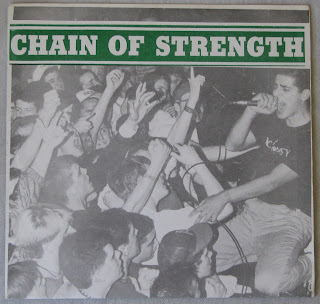 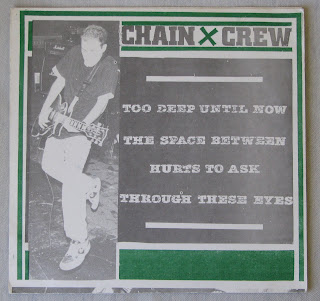 Last month I was pretty bummed out that I was going to miss the Sound and Fury fest in Southern California. I had gone the last couple years and had an awesome time. It was like family summer vacation, only with tons of bands, records, In-n-Out Burger and no family.
The only reason I couldn't go this year was I had quite a few "dad" obligations I was on the hook for. Money, luckily, was not an issue.
I decided to take the cash I would have spent on the flight and motel and treat myself to tracking down some of my high priced want list items.
As luck would have it, a "Chain Crew" and a "Confusion" both popped up on ebay at the same time, from the same seller, both with a "Buy It Now" option lower than the last two sold on auctions. What's more, the records were from a reputable seller who happens to also be a record collector that frequents the Livewire board and HYE. Dude has a Bold 7" on pink and on pink/orange mix. Damn.
I didn't even think twice. I bought them both and then started the waiting game. Yesterday, jackpot.

The Chain Crew record held a special appeal to me because I have never heard the rejected mix of the WHUA 7". I have the Foundation 7" press with the accepted mix and the crazy reverb remix on "The One Thing That Still Holds True" lp, but I really wanted to hear the version the band rejected and hear why they did. Now at the very least, I can say I have all the mixes of a great record. I think it sounds alright, a little thin and distant, but still good. 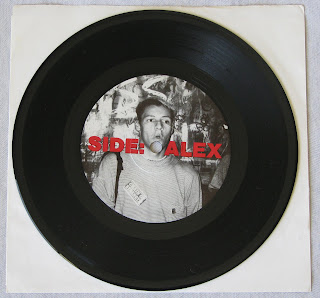 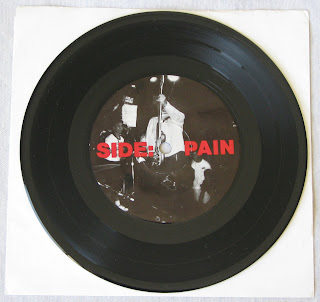 The story on this record is pretty well know. According to the Revelation: Final Word webpage, the Flex! Hardcore site, and the Chain Crew insert itself, 500 records were pressed of the rejected mix. Everyone in the band got 100. Chris Bratton took his and made covers and inserts and sold them as the Chain Crew press. They were done up for the first Dayton Hardcore Festival, but I am sure a few found their way out as well. 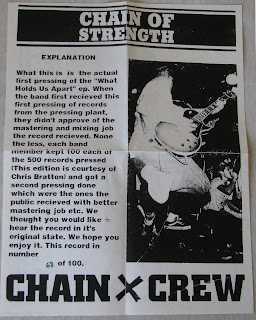 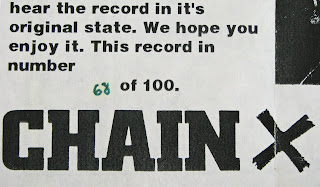 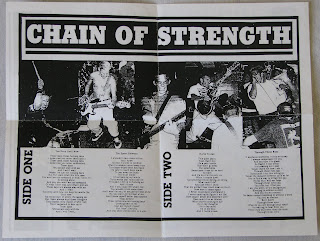 I still regret missing Sound and Fury, just not as much anymore.
Posted by Doug W at 7:45 AM