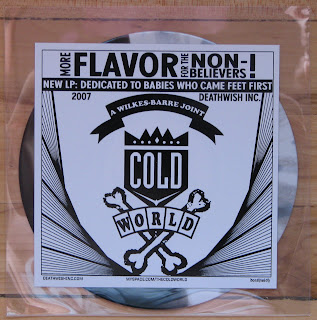 "Six million ways to die, but you can't choose one - It chooses you."
Talking with my buddy Geoff at the Have Heart show on Sunday we pretty much agreed that Cold World's "Dedicated to Babies That Came Feet First" was THE best album of 2008. Cold World are able to incorporate hip hop beats and samples into their music without it being jokey or offensive like Anthrax or Limp Bizkit. I think it helps they have a clue what hip hop is. I don't know how to explain it but it just works.
The first song on the album after the intro is "Boom Bye Bye". That also happens to be the song released as a 7" that Deathwish released months, if not a year, before the album release. 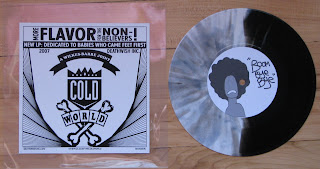 There were 300 of them pressed in total with a special plastic cover and a promo sticker for the new Cold World album coming soon.
Where things got tricky was that you couldn't buy it. At all.
It was a random throw in for people who placed Deathwish orders around the same time as the This Is Hell - Sundowning lp and Shipwreck 7" releases. Don't quote me on the time though. It was a while ago.
I ordered every record and every color variant Deathwish released (and still do). No luck, I didn't get one.
Next, I looked on ebay but no luck there either. A few were floating around but it was going for some pretty crazy prices. I kind of wrote it off as one that just wouldn't happen any time soon. 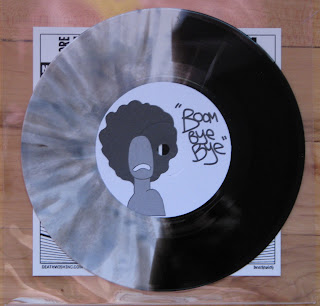 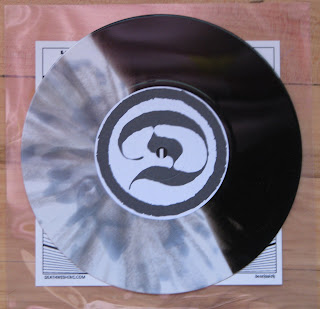 At Sound and Fury last year, Deathwish were one of the first merch tables ready to go when the doors opened. They had a box of random Deathwish 7"s to flip through at the end of the table. Unbelieveably, a few records in, there it was.

The best part was Nicole was selling everything for normal, not collector prices. $5. Yup, $5.
I also picked up a DW Limited: "Singles Collection ($5, yup $5 again) and about 4 color variations of the Blacklisted/First Blood split, but I will save that for another time.
Sometimes, things just work out.
Posted by Doug W at 3:05 PM