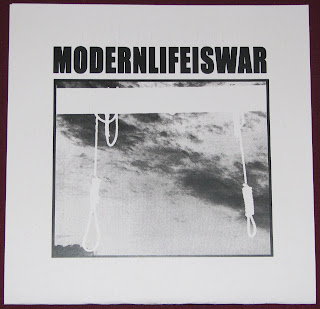 I have never won anything in my life.
I don't play the lottery, I don't win at scratch offs, and I suck at betting on the ponies at the track. That shit just doesn't work for me.

When Lifeline Records re-released "My Love, My Way" on vinyl, they also put on a lottery for a special press of the first 7". You could simply add one, or many, tickets to your pre-order and you were entered to win a draw for the super limited pressing.

It was a buck and there was no way I was going to be able to get this record anyways else, so I figured what the hell. I bought one raffle "ticket". At least I had a shot.
I was just happy that "My Love, My Way" was getting reissued. It is a great album and for my money better than "Witness". I just didn't have the drive to try to get all the pressings from Martyr Records, especially the friends press.

I was happy to see the mailer from Lifeline in the mail a couple months later, finally it was time to rock out to a little "Breaking the Cycle". I couldn't believe my eyes when I opened the box and the 7" was sitting right on top. God damn, I actually won!

As you can see, the cover is starkly different for this press as it is white backed as opposed to the standard black backing of the other presses.

There were 50 pressed in total and the vinyl is white with black streaks. 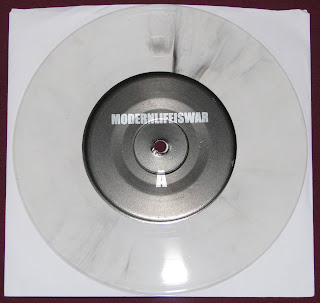 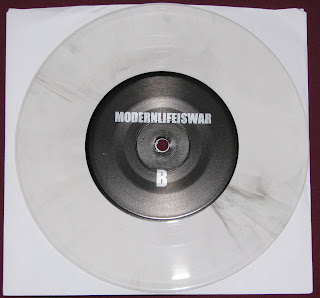 There is also a Lifeline stamp on the inside of the cover. 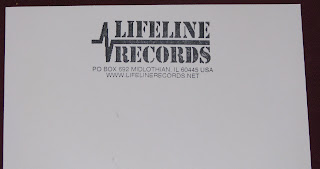 It now sits proudly with the other 7 versions of the record I have. Still on the lookout for the Japanese one with the obi strip on yellow vinyl. I keep hoping that my buddy Shawn will give me his someday. He is really good friends with Joe Lifeline and I'm sure he could get another, right Citrus?
A guy can get lucky twice can't he?
Posted by Doug W at 7:34 PM