I picked this amazing record up at Sound and Fury 2007. My friend Al and I were hoping that 108 would have some cool fest merch and we were not disappointed.
108 was the main reason that we went to the S&F in the first place. We heard that they had super limited record pressings while we were in line waiting to get in. We were running a little late that morning and were sweating it out that they would be sold out before we got in. The extremely slow security at the Alpine finally let us in and we bolted for the merch tables upstairs. Literally we were two of the last three people to get copies. I held on to this sucker for dear life for most of the day because I was afraid it would melt in the car if we put it in the trunk.
We were two Canadians in LA in late July. Everything seemed like it would melt.

Ironically, 108 was one of the least well received bands at the entire fest. I don't get Americans.

The vinyl used was just part of the 1st press. I got yellow/gold mix and my buddy got red/gold mix. The deal breaker is the cover. Just beautiful. Probably my favorite special cover I own. 48 total were printed. Awesome. 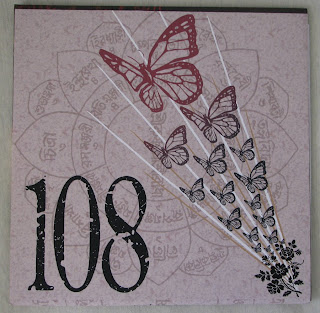 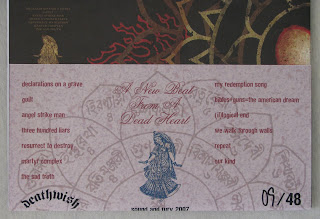