Cave In - Beyond Hypothermia 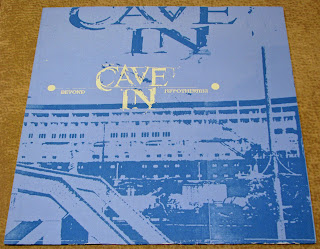 With word of Cave In getting back together after a short "break" and releasing a new 12" called Planets of Old on Hydra Head, feelings of hope wash over me that we are finally going to hear the crushing Cave In of old.
...and just like Charlie Brown trying to kick the football Lucy keeps pulling away, I get let down once again.

Literally since Until Your Heart Stops came out 100 years ago, I get my hopes up and then I get them dashed! Release after release, Jupiter, Tides of Tomorrow, Antenna, and ever Perfect Pitch Black. If I want to hear Pink Floyd, I will put on Animals or Wish You Were Here.
Where was Crossbearer? Capsize? Flypaper?
Hey I understand, bands change and "progress", I just had a hard time changing with Cave In. Maybe it's better to say goodbye.

But I'm keeping this! 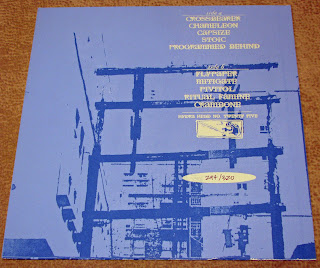 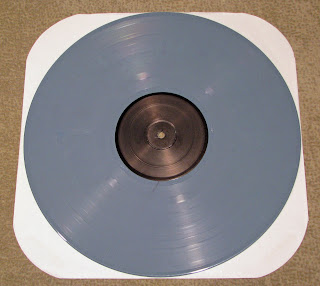 The first and only press was a total of 320. 22 on purple and 298 on grey. There were also different screened cover colors. There was blue, yellow, green and blue on clear vellum. 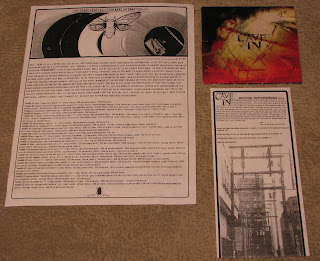 There were some pretty cool inserts including the cd insert, a Hydra Head pressing info sheet for all the releases to that point, and also an info sheet on the release and why it was pressed, etc.
This was one on my first real "collector" records and still gets pulled out quite often for a spin along with the original 7"s and Until Your Heart Stops.
Ah, Cave In...
Posted by Doug W at 6:26 AM